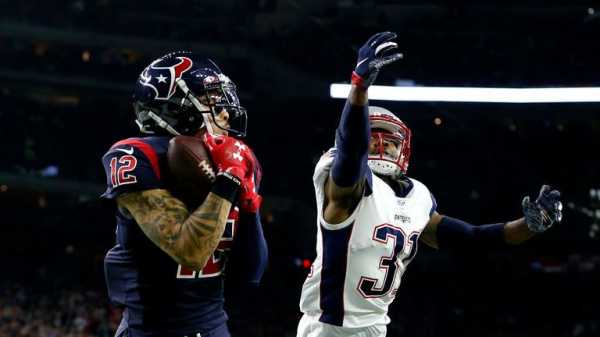 4:59 Watch highlights of the Patriots’ Week 13 loss to the Texans

Up until their Week Nine defeat in Baltimore, the Patriots had been arguably the hottest team in the NFL. Only the San Francisco 49ers matched their record through the first half of the year.

During that time, the stars of the show were New England’s defensive standouts, as they started at a record-setting pace.

They allowed no more than 14 points in any game until the 37-20 drubbing at the hands of the Ravens but as the defense thrived, the offense was overlooked.

The Pats scored points, but the pressure wasn’t on them to light up the scoreboard. They didn’t need to.

But did their domination just mask Brady’s – and the rest of the offense’s – struggles?

In Weeks One-Three, the 14-time Pro Bowler looked like the same player who lifted his sixth Vince Lombardi Trophy last year. He completed 67 per cent of his passes, threw seven touchdowns and no picks – resulting in a 116.5 passer rating – and averaged 8.6 yards per attempt.

It means Brady is on pace for his worst-ever touchdown percentage, and lowest completion percentage, yards per attempt and passer rating numbers since 2013.

But why the decline?

It’s not just on Brady 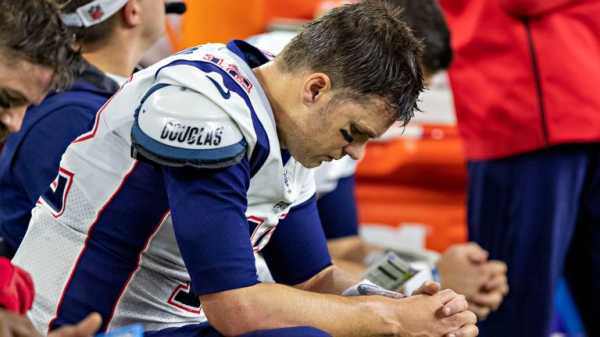 He is 42 years old and there is no doubt that is a factor. He doesn’t have the same arm strength he once had, but he’s still been dealing with that for years. One thing that’s hard to make up for is a lack of playmakers and quite simply, talent.

Rob Gronkowski is long gone. Josh Gordon was cut after a Week Six injury, and Antonio Brown came and went in a flash.

When your quarterback has thrown the most passes in the entire league, has the fifth-most yards but still only has one wide receiver with more than 350 yards, there are problems.

The Pats do spread the ball around – they always have – but for comparison, the Buccaneers have two wide receivers with over 1,000 yards receiving with a combined 37 plays of over 20 yards.

Edelman, New England’s leader, has 915 yards but just 11 plays over 20 yards. If they don’t have big stars, they need every player to win their individual battle. Right now, it’s not happening.

According to Pro Football Focus, Brady has had 19 incompletions due to miscommunication this season (nine more than any other QB). He has trouble staying on the same page with his receivers.

Since Gordon was released, Brady has not enjoyed as much success versus man coverage.

Brady vs man with and without Josh Gordon

And teams have caught on. Brady has faced man coverage on 43.7 of his attempts, the third-highest rate in the NFL, according to PFF.

With all this, Brady has gone seven straight games with a passer rating below 100, the longest single-season streak of his career.

Is Father Time finally catching up with Tom?

Never write off the Patriots 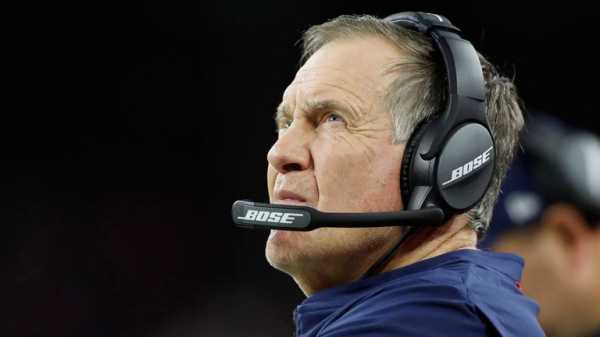 We’ve seen this story before. In fact, we’ve seen two of these stories before. One: Brady is ‘washed up’. Two: The Patriots’ dynasty is finally coming to an end.

In that 2013 where he posted career lows, and New England’s season ended with a 26-16 defeat to Peyton Manning and the Denver Broncos, many declared it the beginning of the end for Brady.

How did he respond? A Super Bowl win. Then two seasons later, another. After a regular-season MVP trophy in 2017 and a Super Bowl loss, he was right back at it last season, adding his record sixth championship. It was far from over.

As mentioned above, it’s not just on Brady. He needs support, and Belichick is the man to figure it out. 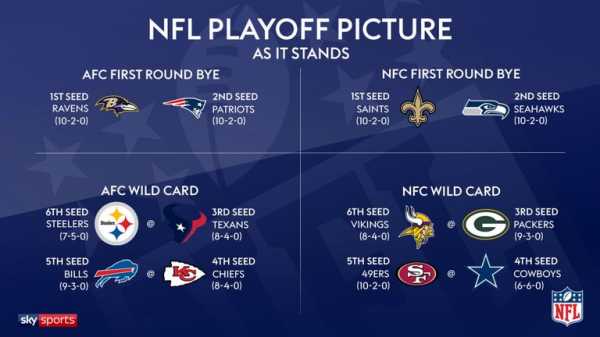 Brady told radio network Westwood One this week: “I don’t think there’s any real magic formula. There’s no magic play you can call that will work

“It just comes down to everyone believing in one another and trusting in one another, having confidence that we can go out and execute on a consistent basis. It’s one thing to say it, it’s another to do it.”

We know Brady won’t give up. We know the Patriots will be in the mix – they’ve reached the AFC Championship game in the last eight seasons. But in order to win it all, New England need players to step up.

Will a usually-dominant offensive line come good and pave the way for Sony Michel and his disappointing 3.5 yards per carry? Which receiver will step up down the stretch? They may need to figure it out soon.

On Sunday, the Patriots welcome one of the league’s most high-flying offenses in the Kansas City Chiefs and Patrick Mahomes. 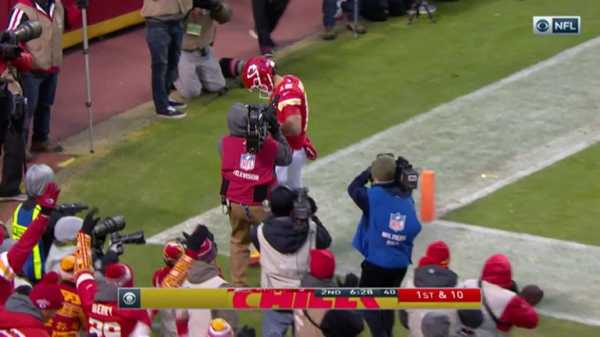 0:41 Chiefs quarterback Mahomes quashed concerns over his fitness as he ran in for a touchdown against the Raiders in Week 13

Despite missing two starts this season with a dislocated kneecap suffered in Week Seven, Mahomes is still eighth for most passing yards in the NFL with 2,983 yards at an average of 298.3 for a tied-ninth most touchdowns with 20. The Chiefs offense is also currently ranked fourth in the NFL thanks to its third-highest average of 29 points per game and fourth-highest 384.7 yards per game.

Andy Reid’s side have been unfortunate to come out on the losing side in their last two meetings with the Patriots, dragging the Super Bowl champions into shoot-outs on both occasions with 37-31 and 43-40 scorelines. New England’s struggles on offense of late suggest they are significantly less-equipped for another slugfest.

Brady and his offense must find some rhythm if they are to avoid becoming reliant on another Belichick defensive masterclass.