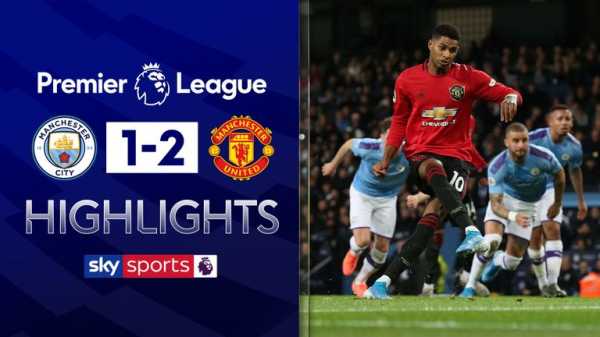 2:54 FREE TO WATCH: Highlights from Manchester United’s win over Manchester City in the Premier League. 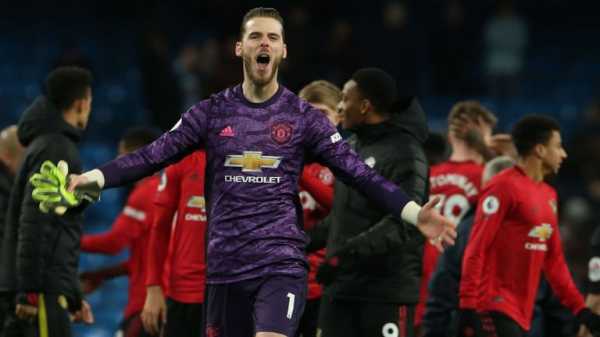 Could do nothing about City’s goal but in credit after an urgent fingertip save to deny Rodri an earlier breakthrough. Are last season’s wobbles behind him?

Remains a bit of a throwback in the sense that he’s a full-back who only seems interested in defending. But what a defender he is. Tough in the tackle and absolutely resolute on the backfoot. Never buckled, even when City laid siege in the second half – his tally of five tackles was the most of any player. Fully deserved to be on the winning side.

One of a handful dressed in red who enjoyed their best outing in a Manchester United shirt on Saturday night. Stand-out moment was a remarkable last-ditch block to deny De Bruyne which came at a critical point in the contest as City attempted to turn the tide.

Has suffered a bit of criticism of late but there will only be praise for his display at the Etihad. Set the example as captain that his team-mates followed. For all City’s dominance of possession, Gabriel Jesus was restricted to just one clear-cut chance before half-time.

Stood up well to the task of shackling Bernando, not least by standing up and not diving in to force the City winger inside. But looked less comfortable against Mahrez, Bernando’s replacement, and was substituted himself late on after suffering cramp.

His stature grows on a monthly, if not weekly, basis. A big presence in the game as United out-ran and overpowered their opponents in the moments that matter. Really beginning to look the part.

Fortunate not to concede a penalty for handball just before half-time. But deserved some good luck for a high-energy performance that was unarguably the best of his United career to date.

Don’t underestimate Lingard’s contribution and his role as a pivotal link between midfield and attack for United. Kick-started attack after attack for the visitors in United’s blistering start with short, sharp passes to set their attacking trio free.

There were doubts in the summer, but what an inspired signing James is proving to be. A critical element in United’s prowess as a counter-attacking team. Even when feeding on scraps after the interval, he kept the City defence fully stretched.

Terrific opportunism for his goal and although his work-rate remains questionable, there’s no doubting that United are a far more potent outfit when Martial is on the pitch alongside James and Rashford.

Seems to be twice the player when he starts on the left. At the heart of all of United’s many good moments in attack – won and converted his first-half penalty, hit the crossbar with a lovely 25-yard effort which Ederson could only watch but also sliced wide when clean through. The ten goals in his 16 Premier League appearances this term is already his joint-highest career tally. 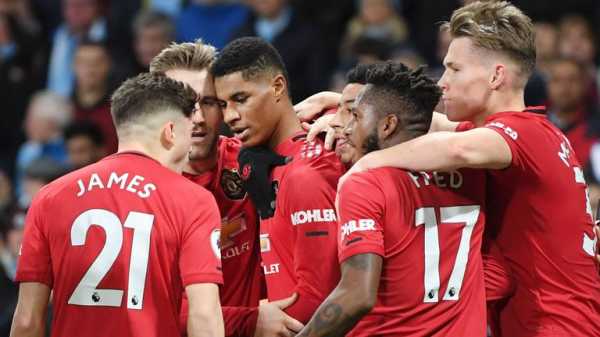 Put in one nasty foul on Sterling to earn a booking and then won a corner on the counter-attack to alleviate some of the pressure.

Straight up to speed despite his late introduction and drew huge cheers from the United support for winning a free-kick deep into injury time.

Brought on very late in the game as United attempted to see the game out.

Sky Sports has eight dedicated channels and subscriptions start from £18 a month. If you’re already a Sky TV customer you can be watching live action in minutes. Plus you can choose a pack without a contract so there is no long term commitment.