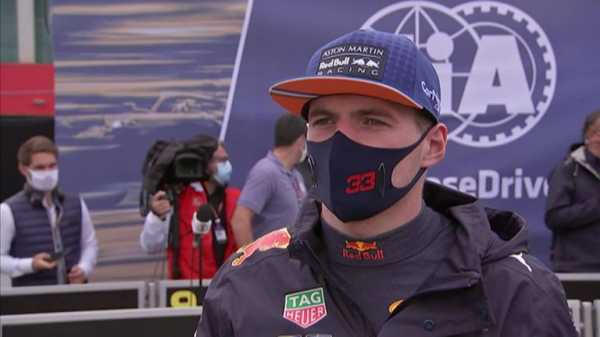 2:06 Red Bull’s Max Verstappen says the team remain determined to narrow the gap between themselves and Mercedes after finishing third in Portugal

Verstappen, who stated that Hamilton’s seemingly nailed-on record-equalling seventh F1 world title was also “very impressive”, added: “Everybody knows he’s very quick but what has also been a very strong point is that he’s also very consistent and very rarely makes a mistake.

“That’s why I think also he got to this number so quick.”

Verstappen certainly has time on his side in F1 – he sealed his ninth win as a 22-year-old at Silverstone earlier this season while Hamilton was almost 24 when he got to the same total – although records are currently a distant dream with Red Bull unable to match Mercedes.

Asked if he was frustrated, a thoughtful Verstappen explained: “Well, you just have to accept the situation you’re in, because otherwise you would become a very frustrated person if you don’t accept it.

“I come to a Grand Prix, I always try to get the best out of it and it’s a good motivation. I can enjoy third or second if I know that I push myself to the limit, I push the car to the limit and I know that the team did everything they could.

“Everybody loves winning, that’s why we are here, but if it’s not possible, it’s not possible. I just want to look back when I’m 40 or 50 and I look at myself in the mirror and say did you get the most out of yourself? If you can say yes, then I’m happy about that because if that means you win seven titles or whatever or zero, you need a bit of luck for that as well, to be at the right team at the right time. 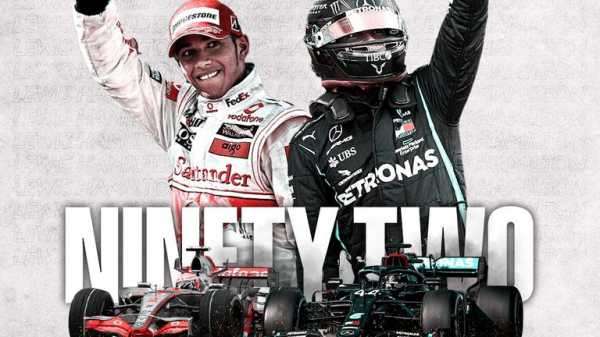 1:37 Take a look at Lewis Hamilton’s journey to a record-breaking 92nd race victory in Formula One

“Sometimes it doesn’t work out like that but we’ll see. I still have a few years ahead of me, so hopefully things will change.”

Speaking to Sky F1 about how quickly Red Bull can match Mercedes, who have claimed every 2020 pole and won 10 of 12 races, Verstappen continued: “I hope very soon but they are not stupid.

Bottas: Hamilton a ‘great motivation’ | I’m not at my peak

Verstappen, meanwhile, isn’t the only front-running driver who takes motivation from Hamilton’s records.

The Englishman’s Mercedes team-mate Valtteri Bottas, who was beaten by over 25 seconds on Sunday despite leading the race in the early stages, said: “I definitely don’t want anything easy. 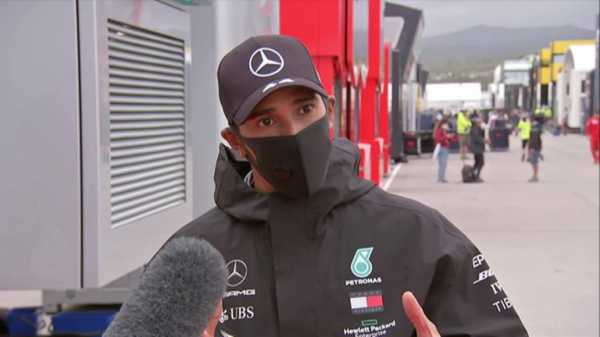 “It’s how I’ve been raced and what is my mindset, that I will always keep going and it’s just great motivation to try and beat him and it’s difficult but I know it’s possible and that’s the thing.

“And if I give up, it won’t ever be possible and that will be the biggest mistake to do and also what Max said, the main thing is really to give it all you have every single time, make the most out of every situation.

“Obviously Max is a bit younger, I’m 31 now but I still feel like I’m peaking. I’m not yet there and hopefully, soon, I will be and I also feel I still have quite a few years and I’ll keep pushing and that’s it. For me it’s very simple.”