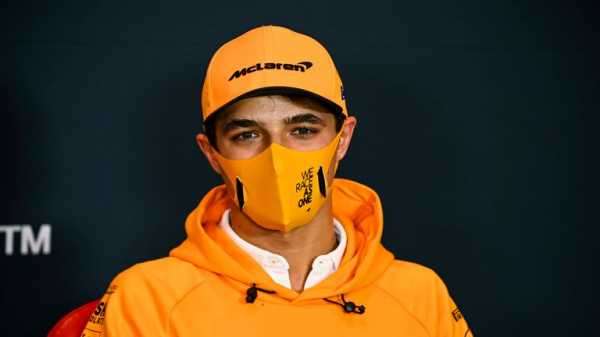 Lando Norris says he sent Lewis Hamilton an apology in the wake of comments seemingly downplaying the Mercedes driver’s achievement of achieving a record 92 wins in Formula 1.

Norris posted a message on Twitter on Tuesday saying he had been “stupid and careless with some things I’ve said lately in media and interviews”, although he did not say which comments he was referring to.

The McLaren driver had been critical of Racing Point rival Lance Stroll after a collision at last week’s Portuguese GP, while he also said of Hamilton’s record: “It doesn’t mean anything to me, really. He’s in a car which should win every race, basically.”

Appearing in the Drivers’ Press Conference on Friday for this weekend’s Emilia-Romagna GP, Norris confirmed his social media apology had mostly been aimed to address his remarks about Hamilton’s achievement – who he also messaged privately.

“They were more the comments about Lewis and him reaching his 92 wins. Which I have a lot of respect for and I didn’t choose the right words to put it into context,” said Norris. 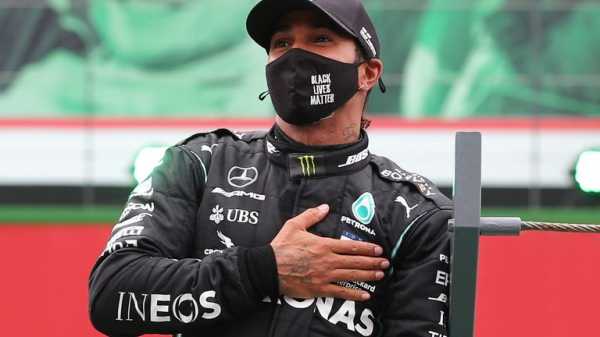 “I apologised [on Twitter] but I also apologised to Lewis himself, I messaged him. I don’t know if he knew about it at the time but I never meant to say something like that in a bad way or put any bad light on him at all. I respect everything he’s done to achieve what he’s done.”

Norris added: “It was all done off my own back. No one pressured me. I woke up in the morning, I looked on social media, and there was a lot more bad comments than good about the things I said.”

Norris: Hamilton will put the record out of reach

The Briton also predicted that, with the sport’s rules changing in future seasons aimed at closing the field up, Hamilton’s eventual victory tally will probably never be beaten.

“I’m happy for him, it’s an incredible achievement,” said Norris, 20.

“I don’t think anyone will ever beat it ever again, just because of the way Formula 1’s going and how it’s becoming more even for every team. You’re not going to have one team that’s going to dominate every race or every year.

“It [the record] is something not that many people could ever dream of. Probably going to be reaching over 100 wins at some point in the next few years.”