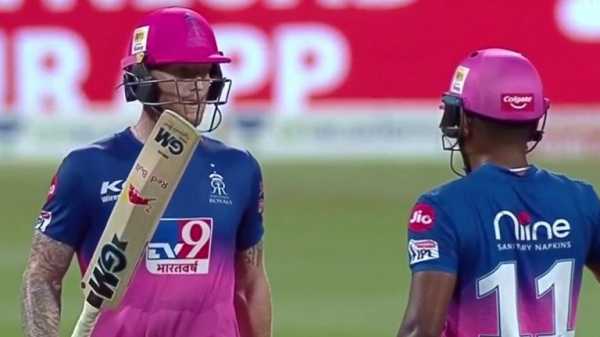 Having endured a nightmare start to the tournament, Kings XI’s remarkable resurgence coincided with the return of Chris Gayle, who rolled back the years with 99 from 63 balls as KXIP posted 185, but his efforts were ultimately in vain.

Stokes – fresh from an unbeaten century in the Royals’ last outing against Mumbai Indians – struck a blistering 50 to ignite the run chase, and a series of valuable contributions from their top order saw them close out an emphatic seven-wicket success with 15 balls to spare.

The Royals knew that defeat would end their hopes of play-off qualification, while Kings XI were bidding to cement their place in the top four, although Steve Smith’s side were indebted to another terrific batting performance as they made it back-to-back victories.

The battle for play-off qualification remains fascinatingly poised, with both sides locked on 12 points ahead of their final group games this weekend, with Rajasthan facing a crunch showdown against fellow top four hopefuls Kolkata Knight Riders.

However, the Royals head into Sunday’s clash with real momentum, following another convincing run-chase which saw Stokes (50 off 26) continue from where he left off against table-toppers Mumbai Indians.

There were positives to take for Kings XI in defeat, as Gayle almost capped off a landmark afternoon with another moment of history, although they must defeat MS Dhoni’s Chennai Super Kings on Sunday to preserve their hopes of qualification.

Gayle – who has been deployed as No 3 for Kings XI this season – was required sooner than perhaps anticipated courtesy of another impressive performance from Rajasthan’s lynchpin Jofra Archer (2-26), who accounted for Mandeep Singh (0) with a magnificent delivery. 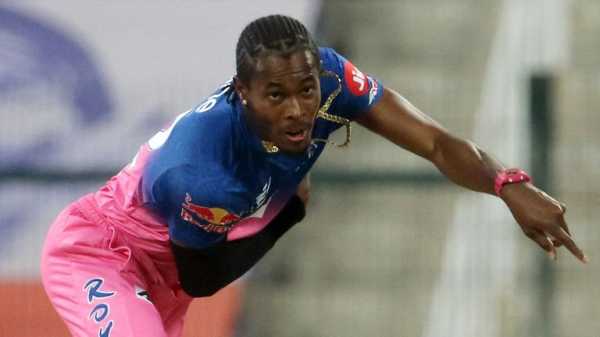 The Kings XI opener was beaten for pace and bounce as Stokes took an exquisite diving catch, although Gayle was then gifted an early reprieve, after his mistimed pull shot was put down by Riyan Parag on the legside boundary.

That appeared to be an expensive error as Gayle proceeded to hit Kartik Tyagi (0-47) for three consecutive boundaries in the fifth over, before bringing up his third half-century in six outings with a trademark six off the bowling of Rahul Tewatia (0-22).

KL Rahul was content to play second fiddle to the imperious Gayle, and the pair compiled a second-wicket partnership of 120 before the Kings XI captain perished four runs adrift of his sixth IPL fifty in 2020 – picking out Tewatia to gift Stokes his first wicket of the campaign.

This did little to stifle the momentum of Kings XI, as Nicholas Pooran (22 off 10) played an explosive cameo alongside his compatriot, clubbing three sixes before Tewatia and Stokes (2-32) combined in tandem once more – the former snaring a superb catch on the boundary.

Gayle wreaked havoc during the latter stages, striking a flurry of maximums to become the first man in history to register 1000 sixes in T20 cricket, and after punishing a full-toss from Archer in the final over, ‘Universe Boss’ looked poised to record his seventh IPL century. 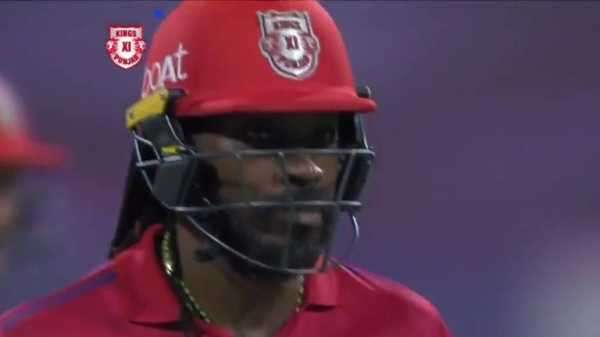 1:45 Chris Gayle smashed Jofra Archer for six to move onto 99 in the IPL – only for the England paceman to bowl him next delivery!

However, the 41-year-old was denied the fairy-tale finish following a brilliant yorker from Archer and his disappointment was evident as he flung his bat in frustration, although he shook hands with the England paceman in a classy show of acknowledgement as he departed the scene.

Needing 186 for victory, Stokes unleashed a barrage of big hitting in the powerplay, striking a beleaguered Murugan Ashwin for 16 runs in just three deliveries, before bringing up his half-century with a maximum at the expense of Chris Jordan.

Jordan (1-44) made amends by removing his England team-mate two balls later, although Sanju Samson relished the opportunity to build on the platform established by the England all-rounder.

Samson’s experienced compatriot Robin Uthappa (30) also made a valuable contribution before departing with the score on 111, having audaciously attempted to hit Ashwin (1-43) for back-to-back maximums. 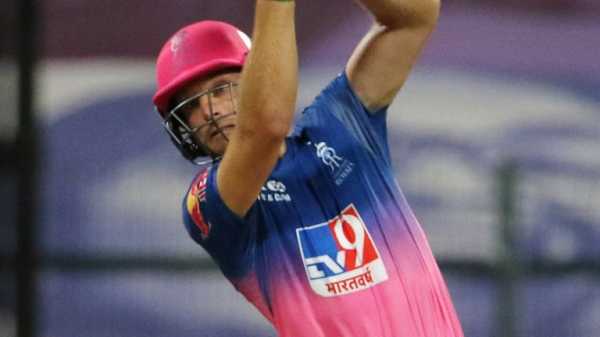 The pendulum threatened to swing when Samson (48 off 25) was run-out following a direct hit by Jagadeesha Suchith, which was backed up by Ravi Bishnoi’s superb 15th over, with the talented 20-year-old relinquishing just two runs.

Nevertheless, any pressure was alleviated when Jos Buttler (22* off 11) and Steve Smith (31* off 20) scored 25 runs in an explosive seven-ball spell – Jordan and Mohammed Shami (0-36) the victims on this occasion.

Another enormous six from Buttler off Jordan’s bowling catapulted the Royals towards victory and last year’s semi-finalists sealed the victory with 15 balls to spare to maintain their bid for a third successive play-off appearance.

Watch every match of the 2020 IPL live on Sky Sports Cricket. You can also catch hour-long highlights of each game every weekday at 8pm and then at 7pm and 8pm on double-header weekends.