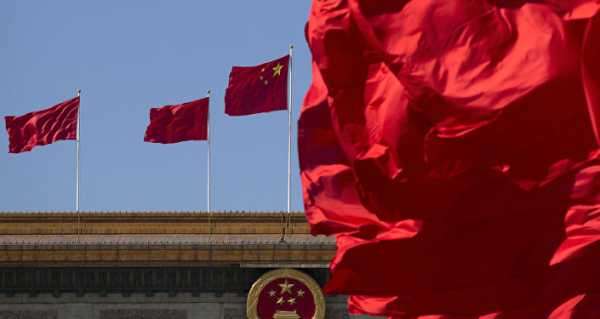 China must rely on its own technologies to tackle challenges from the ongoing trade war, a senior Chinese government official said at a press conference in Beijing on Friday.

Beijing would need to adjust its development model as it entered a new phase, Chinese minister of science and technology Wang Zhigang said, speaking on China’s technological progress in a statement as quoted by the South China Morning Post.

“It is the first time that a five-year plan has dedicated a specific chapter to technology,” he said, adding China would not close its doors to the world.

The news comes as the Chinese Communist Party concluded a four-day meeting in Beijing, where leaders outlined the nation’s plans to develop in key sectors.

The Central Committee’s fifth plenum, or meeting, addressed the Party’s commitment to build “technological self-reliance” and boost the domestic economy amid further measures to open the economy to foreign direct investment.

Further support to Hong Kong was pledged at the closed-door meeting, where Office of the Central Finance and Economic Commission, Han Wenxiu, said that the government would “consolidate and enhance” the special administrative region’s competitive advantage over the five-year plan’s implementation.

He added that the Guangdong-Hong Kong-Macau Greater Bay Area would build measures to benefit residents in the region and facilitate cooperation with other countries and regions while observing Hong Kong’s “one country, two systems” pact.

But the rise of “protectionism and unilateralism” and “imbalance of economic development” were external and internal challenges face by China, deputy head of the National Development and Reform Commission Ning Jizhe said.

The news comes after Beijing announced late last month it would aim to build China into a major self-sufficient industry in chipmaking and emerging technologies, with plans to outline the state ambitions ahead of the five-year plan.

China’s State Council also pledged $1.4tn along with a further $735m in backing from venture capital firms to finance the plan, to boost Chinese tech firms in 5G, artificial intelligence and infrastructure, among others, up to 2025.

The developments come amid the acrimonious US trade war on China, which saw numerous leading Chinese telecom and tech firms such as Huawei, ZTE and SMIC blacklisted by the US Department of Commerce and US president Donald Trump in May last year, citing national security concerns. Beijing, Huawei, and numerous firms such as WeChat’s Tencent and TikTok’s ByteDance have slammed the measures and denied allegations of spying on behalf of the Chinese government.