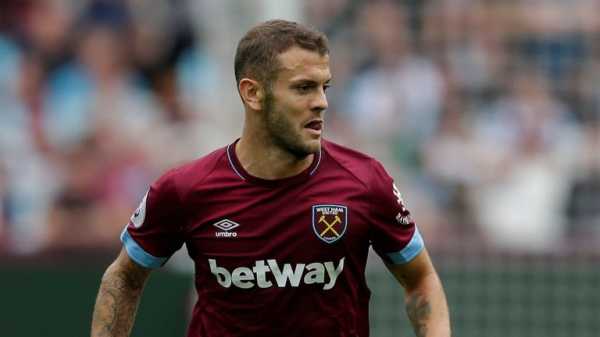 Jack Wilshere is determined to show Arsenal what they missed out on when he visits his former club for the first time with West Ham on Saturday.

The midfielder left Arsenal at the end of last season following the expiry of his contract, ending a 17-year stay at the north London side since joining the club’s academy at the age of nine.

“It’s down to me to prove a point to Arsenal that they were wrong to get rid of me,” the 26-year-old Wilshere told West Ham’s match-day programme.

Wilshere struggled with injuries and loss of form at Arsenal and spent their 2016-17 campaign on loan at Bournemouth. He forced his way back into the team last season but was allowed to leave after Unai Emery replaced Arsene Wenger as manager.

“It’ll be a strange one for me as I was never able to go there and play when I went out on loan as you can’t play against your parent club,” Wilshere added. “But it’s one I’m looking forward to… I quite fancy our chances.”

West Ham lost their two opening games against Liverpool (4-0) and Bournemouth (2-1) leaving them second from bottom of the table on goal difference and Robert Snodgrass says they need to cut out the mistakes. “You need to be ready, you need to learn quick and adapt fast,” he told the club’s website.

“People said last week, ‘well it’s Liverpool and they’re going to do that to most teams’, but you need to get away from that. You need to be resilient and solid – that’s your base as a defence first and foremost.

“I think when you look back at the goals on Saturday we’ll be very disappointed, but the only way to get better is by sticking at it, working on the training ground and trying to stop the mistakes like that.”