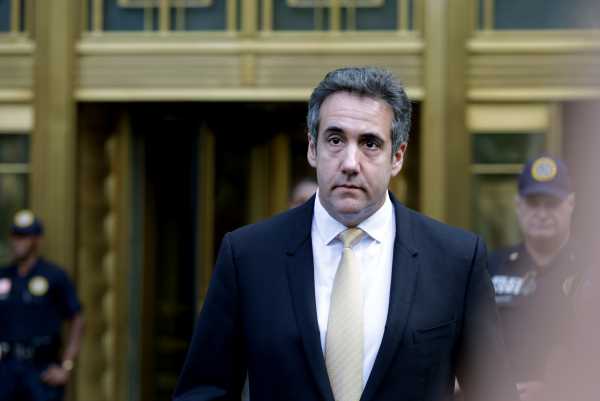 President Donald Trump’s former personal attorney, Michael Cohen, pleaded guilty to eight federal crimes yesterday, the most incendiary of them related to paying hush money to Stormy Daniels and Karen McDougal, women with whom Trump allegedly had affairs, ahead of the 2016 election.

One of the sources of income that Cohen was charged with hiding from the IRS was, according to the plea deal, “Approximately $30,000 in profit made, in 2015, for brokering the sale of a Birkin Bag, a highly coveted French handbag that retails for between $11,900 to $300,000, depending on the type of leather or animal skin used.”

The idea of spending tens or even hundreds of thousands of dollars on a handbag may seem absurd to some people, but the Birkin is legendary in the fashion world — and a high-profile item on the resale market. During a presidency obsessed with shows of wealth and power (see: Trump’s gaudy design sensibility, Manafort’s lavish clothing collection), a fabulously expensive Birkin bag fits right in.

The Birkin bag is the apotheosis of fancy purse culture. It’s the ultimate status symbol. Produced by the French fashion house Hermès since the early 1980s and named for the English actress Jane Birkin, it has a reputation for being wildly expensive (prices start just under $10,000) and very exclusive — so much so that some shoppers have to figure out tactics for convincing sales associates to let them buy one.

It’s the bag that can pay off your debt. It draws breathless headlines about being a better investment than gold (and no-nonsense responses to that same claim).

It’s not surprising that Cohen was able to make $30,000 from selling what was presumably an old Birkin. On the luxury resale site the RealReal, you can buy a large Birkin made of glossy black crocodile skin or pink alligator leather for $50,000, and smaller versions still go for $45,000 or $35,000. Practically every year, there’s a news story about Hermès’s Himalaya crocodile Birkin — a white handbag with diamond accents — setting a record at auction. In 2017, it sold for $382,000 at Christie’s in Hong Kong. 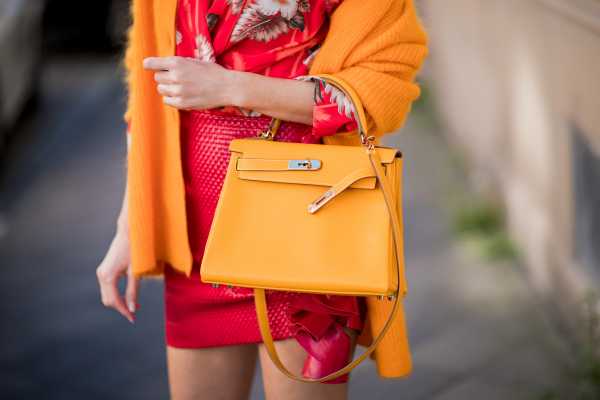 The luxury resale market is booming

Beyond Cohen’s Birkin brokerage, the world of used designer fashion is growing, thanks in no small part to e-commerce sites that function as marketplaces for buying and selling these items. (From the court documents, it’s unclear how or to whom Cohen sold the Birkin bag.)

The RealReal, a leader in the space that was founded in 2011, could stage its IPO “within two years,” Reuters reported this summer. Overall, the luxury resale business represents $25 billion in annual revenue — a number that’s only expected to climb.

The easiest place to shop for used luxury clothing and accessories was once a consignment store. Today, shoppers can turn to sites like the RealReal, Vestiaire Collective, 1stDibs, or Poshmark, a resale site that started out focusing on mass fashion and dove into the luxury world in 2014.

Even the owners of brick-and-mortar secondhand stores have seen their customer bases grow and diversify, skewing younger than before. These shoppers are motivated by a sense of environmentalism and a desire to stand out from the homogeneous fast-fashion crowd.

So what does this mean for Cohen?

The Birkin bag was referenced in Cohen’s plea deal as evidence of “his scheme to evade taxes.” The $30,000 Cohen made selling it was a small portion of the more than $4 million in income that he failed to report between 2012 and 2016. By not reporting this money, he avoided paying more than $1.4 million in taxes to the IRS.

According to court documents, Cohen also hid millions earned from his business leasing taxi medallions to cab operators in New York and Chicago. He further concealed $100,000 from facilitating the sale of a “piece of property in a private aviation community in Ocala, Florida,” and another $200,000-plus from consulting for an assisted living company.

Compared to the $130,000 that Cohen says Trump told him to pay Daniels in exchange for her silence, and compared to the $150,000 deal arranged by Cohen and the National Enquirer’s parent company to bury McDougal’s story, and compared to Manafort’s $30 million in unreported and untaxed income, $30,000 from a Birkin sale seems like peanuts — possibly the first time that has ever been true of the world’s most elusive handbag.