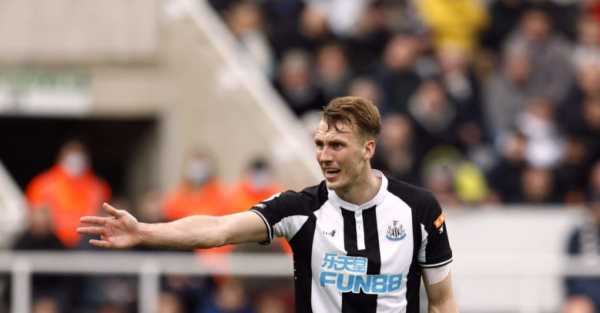 Newcastle boss Eddie Howe has hailed the “brilliant” piece of transfer business which brought Dan Burn back to his boyhood club.

The Blyth-born defender was released by the Magpies as an 11-year-old, but has worked his way back to Tyneside via Darlington, Fulham, Wigan and Brighton, who reluctantly sold him for £13million in January.

Burn may not have been the highest-profile signing of the winter window as the club’s new Saudi-backed owners flexed their financial muscle for the first time – England full-back Kieran Tripper and £35million Brazil midfielder Bruno Guimaraes perhaps caught the eye more – but his performances since have won him new admirers as well as impressing existing fans.

Head coach and former Bournemouth manager Howe said: “Dan is someone that I’ve liked for many, many years.

“Every time we played Brighton, regardless of his position – because it did change whether they played a back four or a back five, he was sometimes centre-half, wing-back, left-back in a four – he gave us problems, whether it be his physicality or his technical ability.

“He’s someone that we’ve really, really liked and I like him even more now for having worked with him because you then see the person behind the player as well – and what a guy.

“He’s come in very calmly and brought a leadership to the group. But also behind that, you know how much it means to him to play for Newcastle, having supported them as a kid and gone to games with his dad.

“Having been through that experience, it means the world to him to play for this club, so it’s been a brilliant transfer for us so far and for him.”

Burn is five appearances into his Newcastle career and is yet to finish on the losing side with his sterling efforts at the back having contributed to four wins and a draw in a nine-game unbeaten Premier League run which has lifted the club 10 points clear of the relegation zone.

That sequence of results will come under intense pressure on Sunday when they head for Chelsea, bruised off the pitch by the ramifications of the sanctions placed on owner Roman Abramovich this week, but no less dangerous on it.

Asked about manager Thomas Tuchel, Howe said: “He’s a manager I’ve studied, I’ve met, I’ve spoken with and I’ve got a lot of respect for him. I really, really like him as a person.

“He’s a really, really good guy and I respect his work hugely, the jobs he’s done, the difficult challenges.

“The way he’s settled in at Chelsea is hugely impressive because it’s not easy to come abroad and make this your home and be successful on a consistent basis like Chelsea are, so full compliments to him and his staff.”