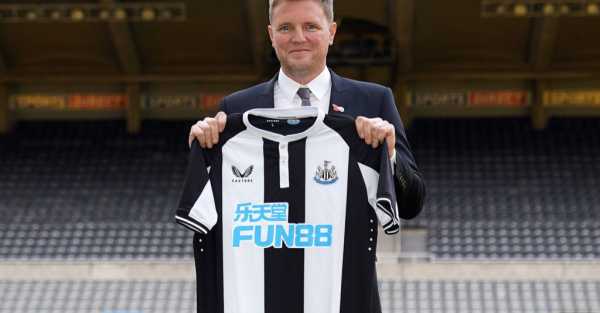 Eddie Howe will be in the Newcastle dugout for the first time when they head for Arsenal on Saturday after recovering from his bout of Covid-19.

The 43-year-old, who tested positive for coronavirus on the eve of his first game in charge against Brentford, returned a negative test on Friday morning.

He will be allowed to resume his role as the Magpies’ new head coach with his symptoms having been traced back to earlier last week.

Assistant Jason Tindall has revealed his long-time friend was unwell at the beginning of this week, but has improved significantly since.

Tindall said: “You’re always worried when someone’s got this virus because you know what the potential outcome could be.

“But I was in daily contact with him four, five six times a day not only talking football and talking preparations for training, but also talking to see how he is and to see if there’s anything he needs to help him recover quicker.

Tindall is well placed to judge Howe’s situation having tested positive for Covid himself earlier in the year.

“He’s been a little bit like that. Certainly the early part of the week when he was feeling at his worst, he was sleeping a lot, he was resting a lot.

“In terms of sickness and bad headaches and that sort of stuff, he wasn’t really feeling that, but I know it took it out of him physically, for sure.”

Howe was nevertheless able to play a full part in preparations for the game at the Emirates Stadium, in which Newcastle will once again go in search of a first win of the campaign at a ground where they have lost on their last nine league visits, with the help of a range of technology.

Tindall said: “He sees training back every day – we video training every single day from multiple angles. That will then be sent to him in the afternoons.

“He will review that back, as will we as coaches, go through it, analysing the detail within that session and then feed back what’s necessary to the players the following day.

“Eddie has been a big part of that. He’s a very hands-on manager-coach and he’s had that influence throughout the week in terms of the preparations for Arsenal.”