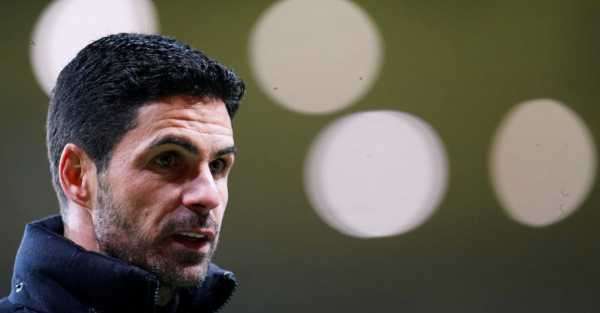 Mikel Arteta echoed his former manager Arsene Wenger’s sentiments over the significance of securing a Champions League spot, calling European football a “must” for Arsenal.

Wenger famously described finishing in the top four as being like winning a trophy in 2012 and received widespread criticism.

However, since his departure in 2018, Arsenal have failed to finish in the top four and last season did not qualify for Europe for the first time since the 1994-95 season.

Arteta stressed the importance of securing European football next season.

“I think playing in European competitions is a must and that is what we are trying to do,” the Arsenal manager said.

“We want to get as quickly as possible back around the top teams in this competition.”

When asked about the comments made by his former manager, Arteta said: “With the experience that Arsene had of the game and the understanding he had, he probably anticipated this (that finishing in the top four would be like a trophy).

“He was very aware and probably anticipated that because you could see a lot of teams stopped playing Champions League every season.

“Whenever he said something, a lot of times it made a lot of sense.”

Arsenal host Leicester on Sunday and are unbeaten in the Premier League since a 2-1 home defeat to Manchester City on New Year’s Day.

However, the Gunners will continue to be without Takehiro Tomiyasu for the visit of the Foxes. The Japanese full-back has not featured since the 2-0 League Cup defeat to Liverpool and Arteta would not be drawn into a return date for the 23-year-old.

“He had a calf injury and after that he had a really quick recovery, we play him, maybe too quick I don’t know,” the Gunners boss said.

“He had a recurring injury there and then he felt it again one day when he was back in training with us so yes, disappointment because he has been really important.

“He played a lot of minutes, he played quality minutes and had a good contribution in the team and unfortunately now we cannot use him.”

When asked for a return date, he added: “I don’t know. He needs to be consistently training for a period [so] that we can minimise the risk of having another recurring injury in the same muscle because it would be something to worry about and we have to stay away from that.”