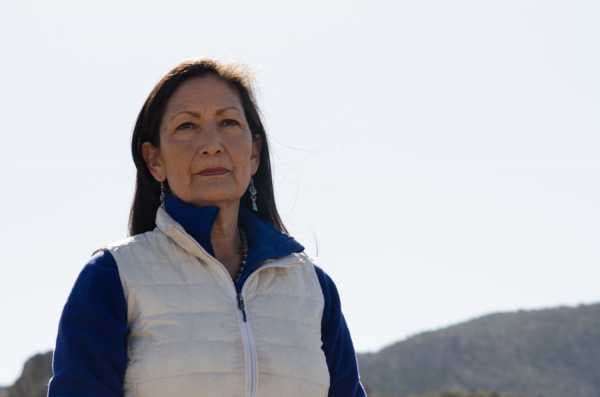 New Mexico is poised to elect the first Native American woman to serve in Congress.

Deb Haaland, a member of the Pueblo of Laguna, won the Democratic nomination for New Mexico’s First Congressional District. The district is considered solidly Democratic, paving the way for Haaland to take the congressional seat vacated by Democrat Michelle Lujan Grisham, who is running for governor.

Haaland, who is the former chair of the state’s Democratic Party, beat out her opponents, former US Attorney Damon Martinez and former law professor Antoinette Sedillo Lopez, with 40 percent of the primary votes.

Tuesday evening, Haaland described her victory as a win for women, the working class, and “everyone who has been sidelined by the billionaire class.”

She is one of more than 300 women across the United States who registered to run for US House seats in 2018 — a record number. The previous record was 298 in 2012, according to the Center for American Women and Politics at Rutgers University.

In November, Haaland will face GOP nominee Janice Arnold-Jones, a former member of the New Mexico House of Representatives. It will be Arnold-Jones’s second attempt to wrestle the First District seat away from Democrats. In 2012, she also won the GOP nomination for the seat but lost in the general election to Lujan Grisham with 41 percent of the vote.

If Haaland wins, she will join the only two other Native Americans who currently serve in Congress: Republican Reps. Markwayne Mullin and Tom Cole, both of Oklahoma.