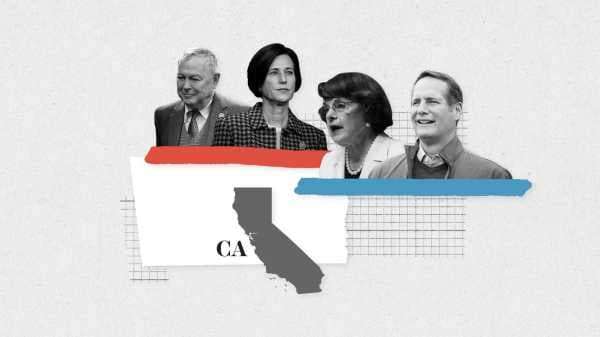 Tuesday night’s California primary election results confirm that, as best we can tell, Democrats are on track to secure a narrow House majority in the 2018 midterms.

Here’s how we know.

Under California’s “top two” primary system, it’s possible to look at any given district and see the total number of votes for the Republican candidates and for the Democratic candidates. In the crowded CA-49 primary, for example, Republican candidates as a whole netted 48 percent of the vote to Democrats’ 51 percent. (Some absentee votes are still being counted, and the Democratic share will likely rise somewhat.)

We know from history that there’s a systematic relationship between the cumulative primary ballot performance and general election performance in November, with Democrats usually doing a percentage point or two better in the general election because that’s when more young people vote.

Based on how Democrats performed overall in the primary, we can project what California’s general election results will probably look like. And even though California is obviously not a microcosm of the entire United States, there is a systematic relationship between the state’s election results and national results. The way Nate Cohn calculated it for the Upshot: “Democrats would be favored to win control of the House if they could gain an average of 4.5 points across the country, according to our estimates. A 3.5-point improvement between the 2016 general election and the California top-two primary results might put them on track to do so.”

And guess what? Across the seven key targeted races, Democrats secured an average swing of 5 points — enough to be favored for the majority.

Now, to be clear, using results in seven seats to project the outcome in 435 seats is a dangerous business. There’s a lot of uncertainty here, and while the odds favor the Democrats, they do not do so overwhelmingly.

Special election results, again, tell a similar story. Democrats have, on average, made big gains here (though with a lot of variance from state to state). But in special elections, they have the luxury, by definition, of running in an open seat. Accounting for incumbency effects, the large Democratic edge in special elections translates to a small edge in the overall race.