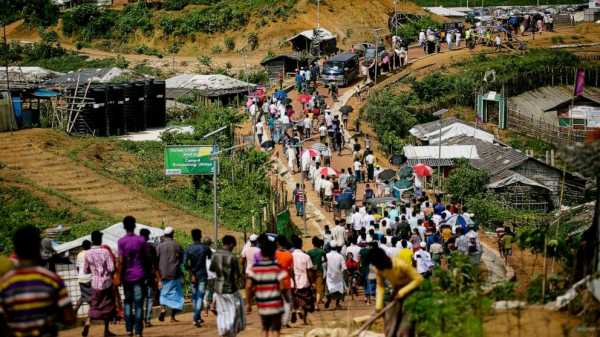 Fifty-seven nations are suing Myanmar at the International Court of Justice, alleging in a historic lawsuit that the government has conducted genocide against its Rohingya minority.

The suit comes just weeks after the United Nations warned that the violent campaign against the Rohingya is continuing in northwest Myanmar, and its special envoy called for the U.N. Security Council to refer Myanmar’s senior officials to the International Criminal Court, a separate international body.

Over 700,000 Rohingya, a Muslim-majority ethnic minority, have fled Myanmar since a campaign by the country’s military to push them out and raze their villages began in August 2017. Myanmar, previously called Burma, has denied any wrongdoing, saying that the campaign was against an Islamist extremist group.

(MORE: Rohingya refugees say they would choose death over repatriation to Myanmar)

The Gambia, a small West African country, filed the lawsuit Monday on behalf of the Organization of Islamic Cooperation, a coalition of countries with significant Muslim populations. It asks the ICJ to investigate whether Myanmar’s government has violated the Geneva Convention, which prohibits genocide. 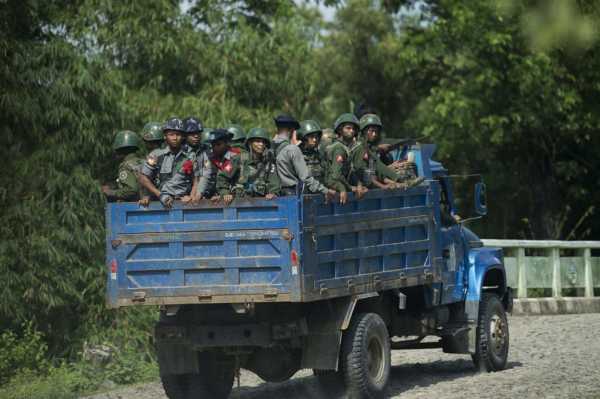 In particular, it charges that Myanmar is responsible for “killing, causing serious bodily and mental harm, inflicting conditions that are calculated to bring about physical destruction, imposing measures to prevent births, and forcible transfers, [which] are genocidal in character because they are intended to destroy the Rohingya group in whole or in part.”

According to a statement from the law firm Foley Hoag, which is assisting with the case, the suit bases that charge on the U.N.’s fact-finding mission released in August 2018 that found Myanmar’s military had genocidal intent in its violent campaign to expel the Rohingya. Myanmar has also been accused of violent oppression against the Shan, Kachin and other ethnic minorities.

The Trump administration has stopped short of that designation, instead labeling the violence ethnic cleansing in November 2017, even after its own investigative report was “consistent” with the U.N.’s, according to then-U.S. ambassador to the U.N. Nikki Haley.

While this new ICJ lawsuit would hold Myanmar as a state responsible for the alleged genocide of Rohingya, a separate ICC investigation already is underway. In July, the ICC chief prosecutor requested that the global body authorize an investigation into possible war crimes by Myanmar senior military and civilian officials, after the prosecutor’s office’s preliminary investigation said it had determined their actions met the legal conditions necessary.

More recently, Yanghee Lee, a South Korean diplomat who serves as U.N. special envoy for Myanmar, said on Oct. 23 that Myanmar should face prosecution at the ICC and that conditions on the ground remain too dangerous for the nearly 1 million Rohingya refugees in neighboring Bangladesh. 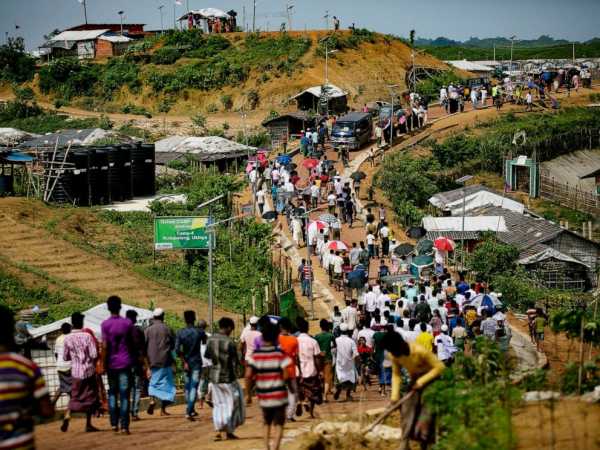 Rohingya refugees are seen on the second anniversary of the Rohingya crisis, Aug. 25, 2019, in Cox’s Bazar, Bangladesh.

As advocates seek a path forward for justice, however, the Myanmar military continues its crimes under international law, according to the U.N. and Amnesty International.

Marzuki Darusman, the head of the U.N.’s fact-finding mission for Myanmar, said in late October that crimes under international law continue to be committed against Rohingya.

“It is an ongoing genocide that is taking place at the moment,” Darusman said during a U.N. Security Council meeting. “Myanmar presents precisely the kind of peace and security that the U.N. and particularly this Council was created to address.”

Similarly, Amnesty International released a report in late October that included “fresh evidence that the Myanmar military is continuing to commit atrocities against ethnic minorities,” including arbitrary arrest, detention and torture.

The top U.S. diplomat for Asia traveled to Myanmar in late October for the highest-level U.S. visit since former Secretary of State Rex Tillerson. David Stilwell, assistant secretary of state for East Asian and Pacific Affairs, met with senior civilian leaders, including Nobel Peace Prize-winning activist turned head of state Aung San Suu Kyi, who has since come under global criticism for defending her government’s actions.

(MORE: Congress steps in, once more, to fill Trump’s silence on human rights in Myanmar)

Ahead of the trip, a State Department spokesperson told ABC News the U.S. is “deeply concerned by reports of ongoing human rights abuses by the Burmese military across Burma and the devastating impact of violence. … We are focused on accountability for those responsible, seeking justice for victims, advocating for unhindered humanitarian assistance and promoting reforms that will prevent the recurrence of atrocities and other human rights abuses.”

But the spokesperson declined to say whether the administration supported a referral to the ICC, which the administration has sanctioned for opening an investigation into possible war crimes in Afghanistan, including by U.S. forces. The spokesperson also declined to offer a readout after Stilwell’s meetings, although the department did tweet “U.S. support for Myanmar’s democratic transition and economic transformation.”