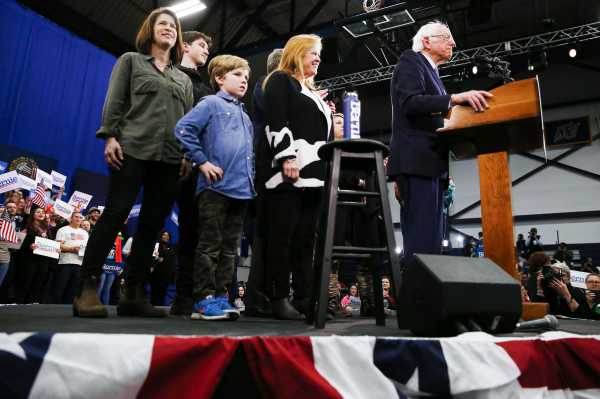 Some experts, pollsters, and observers argue he underperformed and should have done better, because somehow, you can still lose by winning? The rationale makes some sense, but if you want to understand why Sanders supporters complain about bias against him, this pushback is part of it. 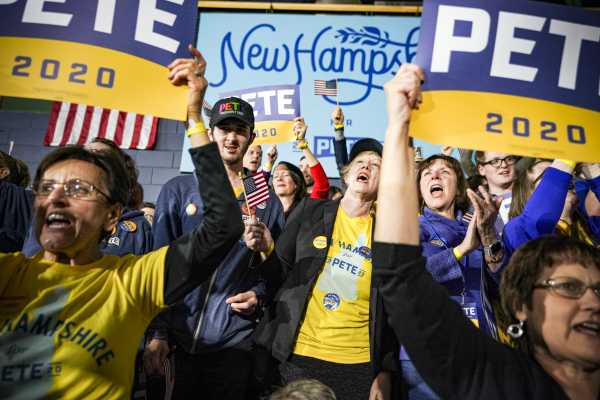 Of course, there are a lot more candidates in the primary this time around than there were in 2016, but some pundits and pollsters have questioned the Vermont senator’s ability to expand his base and have suggested he should have done better than he did.

Voter turnout on Tuesday was around 2008 levels and above that of 2016, but in those strong numbers, there may be concerning signs for Sanders, too. Early exit polls also showed a drop in young voters, who are his strongest source of support. His campaign’s theory of the case is that they can turn out new and young voters in droves to win both the primary and the general election, and thus far, with two states having voted, that really hasn’t come to fruition. Turnout for the Iowa caucuses was pretty anemic.

Ahead of the Iowa caucuses, the self-described democratic socialist acknowledged that turnout was a big deal for him at a campaign stop. “We will know early on if we are going to win. If voter turnout is high we are going to win … if it is low, quite frankly, we will not,” he said.

It’s important to remember that Sanders did, in fact, win the New Hampshire primary. But the issue of turnout is a valid one. And it’s not just something of concern to Sanders — it’s something important to the Democratic Party as a whole, which will need voters far and wide to show up to vote in the general election come November.

Sanders could have done better. Everyone else did worse.

Ahead of the primary in New Hampshire, polls showed Sanders with a fairly solid lead, as Vox’s Sean Collins pointed out. A RealClearPolitics average showed him with 28.7 percent support, more than 7 percentage points ahead of the candidate trailing him closest, Buttigieg. As Collins noted, he was probably going to get less support than in 2016 due to the more crowded field.

As results rolled in on Tuesday night and the analysis continued into Wednesday morning, some on Twitter wondered whether exit polls showed warning signs despite Sanders’s victory and whether he had underperformed. The 2 percentage point lead he actually wound up with is smaller than the 7-point lead polling averages suggested.

Washington Post reporter Dave Weigel pointed out that Sanders didn’t seem to add a lot of support between Iowa and New Hampshire, while Buttigieg and Klobuchar did. Warren, the other progressive in the race, underperformed polling estimates and seems to have lost support, but that loss doesn’t seem to have boosted Sanders.

Maybe the best answer on all of this is that it’s complicated, and it’s still really early.

Iowa and New Hampshire have very few voters of color, and they’re very small states. According to RealClearPolitics polling averages, Sanders is trailing only Biden in Nevada and South Carolina, while Buttigieg and Klobuchar, who did well in New Hampshire, are trailing them — and others — significantly (though given Biden’s showing on Tuesday, that could change).

Biden and Sanders are the only two candidates who have shown traction with voters of color, who in the coming weeks will finally get to weigh in, first in Nevada’s caucuses and then in South Carolina’s primary. FiveThirtyEight’s Nate Silver pointed that one out:

The race is still super fractured, and there are plenty of strong contenders still in play. That could even be a factor in Iowa’s turnout and New Hampshire’s turnout failing to be sizably larger than 2008’s number — there are so many candidates in the mix, and Democratic voters may feel like they’re fine with any of them, so they decide not to vote.

It would have been better for Sanders had young voters turned out in droves and proven his theory of the case that he can get people to show up to the polls. Obviously, the more votes he gets than his competitors, the better, and as the primary goes on and the field gets smaller, he will need to coalesce support around himself.

But Sanders won New Hampshire, got the most votes in Iowa, is leading national polls, and is headed to states that might be friendlier to him. The fight to be a moderate alternative to him is a crowded one. Of all the candidates in the race, one would probably rather be in Sanders’s position than anyone else’s.