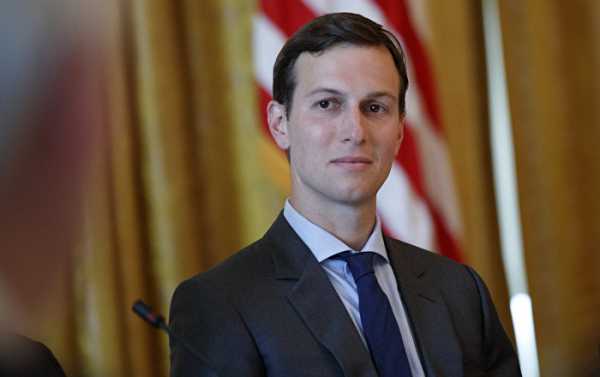 White House adviser Jared Kushner’s family real-estate company has been fined more than $200,000 by New York City regulators following an investigation into allegations the construction company falsified documents to get around tenants’ rights laws in the city.

In all, the company was fined “for filing 42 false applications for construction on more than a dozen buildings,” AP reported, although Housing Rights Initiative found Kushner Cos had filed at least 80 false applications from 2013 to 2016. Tax documents subsequently demonstrated that over 300 rent-controlled units were erased by the company’s falsified paperwork.

An investigation by the Associated Press in March revealed that Kushner Companies frequently filed false construction permits by lying about not having tenants in buildings that were actually full of tenants protected by rent regulation and other laws.

The purpose of those falsifications? To drive out tenants it couldn’t otherwise evict and then turn the residences around for much higher prices.

Kushner, husband to US President Donald Trump’s daughter Ivanka, is also one of the president’s closest aides. While Kushner’s signature isn’t present on any of the documents in question, the infractions happened under his leadership of the company, prior to his time working in the White House, The Hill noted Monday.

The report drew the attention of the city council and state attorney’s office, which subpoenaed the relevant documents, Fox reported.

The AP expose described a situation faced by tenants in three buildings in Queens owned by Kushner Cos. While the company indicated on construction permit applications in 2015 that the buildings had no tenants under rent regulation, tax records indicate that the buildings had at least 94 rent-controlled units at the time Kushner Cos bought it. Residents complained about constant construction noise, with “banging, drilling, dust and leaking water that they believe were part of targeted harassment to get them to leave and clear the way for higher-paying renters,” AP noted.

Two years later, the report noted, Kushner Cos sold the properties for over 50 percent profit.

None of this would have been possible had Kushner Cos properly indicated the number of residents to the city government. It would have prompted regulatory oversight, such as surveillance of construction crews and unscheduled “sweeps” to ensure construction crews weren’t harassing tenants into leaving, the AP report noted.