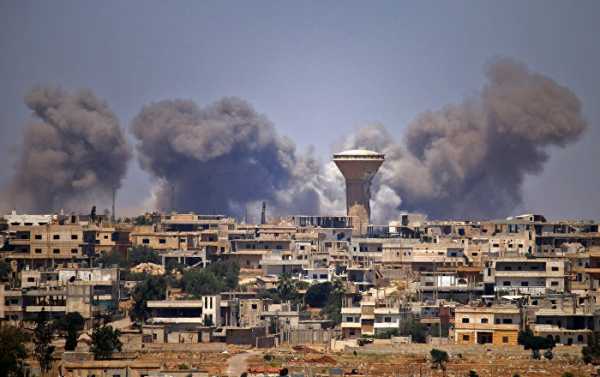 Earlier this week, a military source told Sputnik that the Syrian Army had completely destroyed terrorists in southwestern Daraa province after regaining control of the Yarmouk Basin.

The video was released as Iran’s Fars news agency reported that the Syrian government troops discovered “a large volume of” US-made missiles during cleansing operations in the Yarmouk region in Daraa province.

Speaking to Sputnik on Tuesday, a military source said that “the Syrian Army has completely routed the terrorists from Daraa after taking control of the Yarmouk Basin in the north-west of the province.”

In July, several hundred militants and their family members were evacuated from Syrian territory due to a government offensive operation in the southern regions of the country.

Earlier that month, The Russian Reconciliation Center for Syria had announced that the leaders of armed groups in Syria’s Daraa province had agreed to surrender weapons and halt hostilities.

“As a result of the talks, under the mediation of the Russian Center for Reconciliation, with the leaders of armed groups in the province of Daraa, an agreement on the following issues [has been reached]: the cessation of hostilities; the beginning of the delivery of heavy and medium weapons in all settlements under the control of armed groups,” the center said in a report.

Damascus launched the military offensive in the southern regions, which are partially controlled by various militant groups in June after its capital and several other cities had been shelled by local militants despite an ongoing ceasefire reached with the help of the Russian Reconciliation Center for Syria.

The Syrian government has regained control of its border with Jordan and with the disputed territories of the Golan Heights, which remain occupied by Israel.

Most of the cities and settlements, as well as the entire border with Jordan and the Golan Heights came under the control of the Syrian Army without a fight.