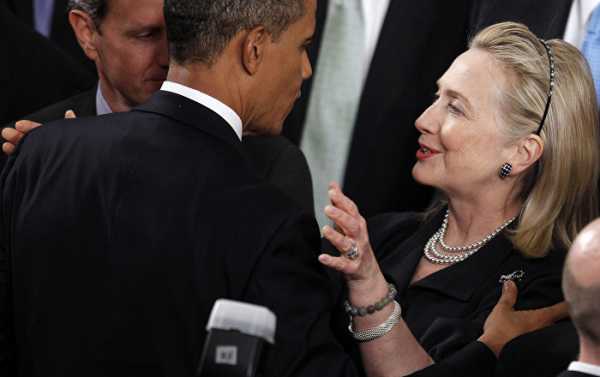 Newly declassified documents suggest that the Obama administration, the FBI and the Clinton team allegedly sought to sap Donald Trump’s campaign and weaponized the Foreign Intelligence Surveillance Act (FISA) to spy on his associates. Speaking to Sputnik, Wall Street analyst Charles Ortel commented on the disclosures.

The newly declassified referral by the Senate Judiciary Committee sheds light on the potential collusion between Christopher Steele, the former British intelligence agent and the author of the so-called “Trump-Russia dossier,” the Clinton campaign and the Obama administration.

Having been released after the publication of the Devin Nunes memo on the supposed abuse of the Foreign Intelligence Surveillance Act (FISA) at the Department of Justice (DOJ) and the FBI to legalize spying on Donald Trump’s associates, the referral has taken the scandal to a new level.

The situation has reportedly prompted President Trump to approve the idea of appointing a second special counsel to look into the FBI and DOJ’s actions during the 2016 election cycle.

Sputnik got in touch with Charles Ortel, Wall Street analyst and investigative journalist, who has been conducting his own private inquiry into alleged fraud on the part of the Clinton Foundation over the past few years, to comment on the issue.

According to the analyst, it is quite possible that the Clinton team, the FBI and the Obama administration had been coordinating efforts to dump Trump.

He noted that if one takes a look at the FBI vault file on the mishandling by Hillary Clinton and others of classified materials one would find out that “Hillary Clinton was the prime target of a full-scale FBI investigation, opened July 10, 2015 into serious offenses that normally carry heavy penalties.”

“Senior members of the FBI (in particular, its former chief James Comey) and likely senior Obama administration officials had to know of this unresolved investigation,” Ortel highlighted. “One imagines that ordinary candidates would not dare seek the highest office in the US while under such an investigation. One also imagines that the Democratic Party likely would not wish to run such a candidate, fearing that the worst might happen in the heat of the General Election contest.”

The questions then arise as to “why the Democratic Party consented to what seems a rigged primary system” and “why Barack Obama lent full-throated support to the Clinton campaign against Donald Trump.”

“I imagine a secret arrangement between the two [Obama and Clinton] allowed Team Hillary to use private servers and devices and aliases during her term as Secretary of State and also allowed for the absence of an Inspector General at State, as well as Clinton’s retaining all her records until December 5, 2014 when a portion, reluctantly, were returned,” Ortel assumed.

Sputnik’s interlocutor believes that some FBI and DOJ officials may have been well-aware of “corrupt dealings” between the Clinton and Obama teams.

“Rather than investigate and expose them, some may even have profited from the deals themselves,” the investigative journalist assumed. “Under a Clinton presidency, they may have believed they would have escaped prosecution and even carried on enabling criminality, all the while having major cards to hold over President Hillary Clinton.” 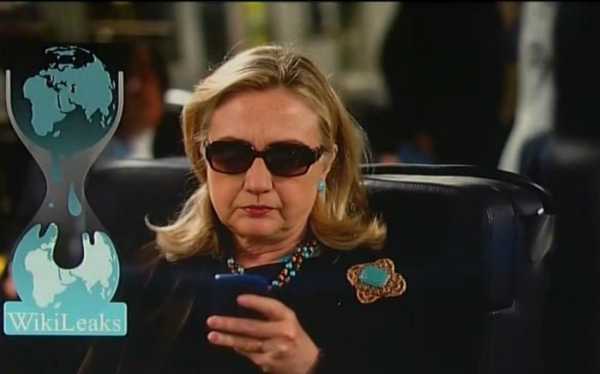 The Nunes memo says that “Steele was a long-time FBI source who was paid over $160,000 by the DNC [Democratic National Committee] and Clinton campaign via the law firm Perkins Coie and research firm Fusion GPS, to obtain derogatory information on Donald Trump’s ties to Russia.”

Meanwhile, the Senate Judiciary Committee’s referral discloses that Steele wrote yet another anti-Trump dossier relying on information obtained from a foreign source through unnamed officials within the Obama administration and Bill and Hillary Clinton’s circle.

It was reported that the individuals in question could be Clinton’s associate Cody Shearer and Obama State Department official Jonathan Winer.

What’s even more disturbing, is that the FISA surveillance warrant was issued at least partially based on the controversial Steele’s “findings,” observers say.

According to Orel, the disclosure might be just the tip of the iceberg: “The biggest questions here are how much money did the Clinton and Democratic interests spend, when did they spend the sums involved, and who received these sums? How many ‘journalists’ and spouses/partners of government officials were paid off?”

“Looking back over the Obama administration and considering the degree to which so many journalist friends were apparently fed completely false information and so many ‘enemies’ may have been spied upon and targeted, I think the real collusion escalated January 20, 2009 [Obama’s first inauguration] and may have involved attempting to rig many elections inside and outside America during the Obama years,” he said.

The investigative journalist does not exclude that the Clinton and Obama teams “may have and still are involved in an actual corrupt conspiracy to hold onto and seize power by all means possible.” 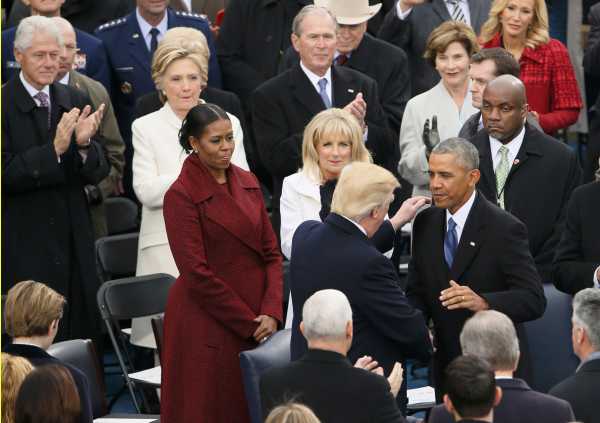 President Obama greets President-elect Donald Trump as former president Bill Clinton, his wife Hillary, and former President George W Bush and his wife Laura look on at the inauguration ceremonies swearing in Donald Trump as the 45th president of the United States on the West front of the U.S. Capitol in Washington, U.S., January 20, 2017

DOJ May Reconsider the Legitimacy of the FISA Warrant

The analyst believes that the DOJ may reconsider the legitimacy of the FISA warrant issued to spy on Trump’s aide Carter Page.

“I certainly hope so, especially if it is true that Obama packed the FISA court itself,” Ortel said referring to reports saying that 10 of the 11 FISA court appointed judges were appointed by Barack Obama.

He insists that “‘Star Chamber’ courts should not be allowed anywhere inside America.” “So I hope this looming and escalating drama will excite public interest in reforming the FISA process,” he added.

Apparently therefore, the call to release the FISA court transcipts has recently emerged.

​The investigative journalist underscored that the American people “do have rights to understand exactly” what disclosures were made, when, to obtain the warrants that were granted and to understand why earlier requests may have been denied.

“The very people now investigating and supervising the investigation of Trump and his associates are persons who ‘missed’ obvious and escalating Clinton Foundation frauds beginning 2001, and who gave Hillary Clinton and her allies a pass on the mishandling of the classification investigation,” Ortel highlighted.

Meanwhile, the so-called “Trump-Russia collusion” story is turning out to be based on a fabricated narrative and partisan bias, according to the analyst.

​Why ‘Second Special Counsel’ Should Look Into FBI, DOJ’s Actions

Commenting on the possibility of appointing a special counsel to look into FBI and DOJ’s alleged misdeeds, the Wall Street analyst stressed that “to be effective, a Second Special Counsel must report to someone other than [Deputy Attorney General Rod] Rosenstein, especially because Rosenstein should, in my opinion, be a prime target.”

In his previous interviews with Sputnik, Ortel raised the question why Rosenstein had repeatedly failed to catch the Clintons red-handed during the last decade.

“Just looking at the available public evidence, I see many avenues that need exploration including the failures to convict the Clinton Foundation parties for their frauds, numerous failed ‘investigations’ under [Robert] Mueller and then under Comey, the weaponization of the IRS [Internal Revenue Service] and Justice and all should fall within purview of this second counsel,” Ortel emphasized.

When asked if the famous House of Cards series pales in comparison to what is going on now in Washington D.C., Ortel mused: “There are so many plots in real life that a fictional version using known facts likely could never get produced as a movie or television series.”