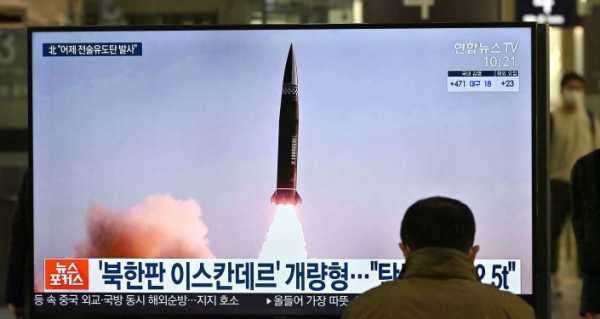 WASHINGTON (Sputnik) – The United States’ approach on North Korea must be done in coordination with its allies, State Department spokesperson Ned Price said on Thursday ahead of the high-level trilateral meeting with Japan and South Korea.

“We have said that denuclearization will remain at the center of American policy towards North Korea,” Price said during a press briefing. “We also know that any approach towards North Korea in order to be effective will be one that we will have to execute in lockstep with our close allies, including in this case our treaty allies Japan and South Korea.”

During the meeting, Sullivan will preview the status of the Biden administration’s policy review on North Korea.

The dialogue between Washington and Pyongyang has stalled since the failed February 2019 summit in Hanoi, during which the United States demanded more decisive steps from North Korea to give up its nuclear weapons and Pyongyang accused Washington of not responding to the steps already taken. The October 2019 talks in Sweden failed to break the deadlock.

The inter-Korean dialogue is also at a low point following North Korea’s decision to cut all lines of communication with Seoul last June.