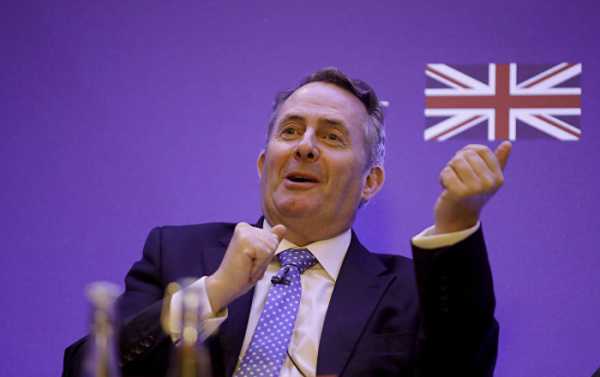 There has already been a sharp increase in demand for British exports, largely driven by the pound sterling’s depreciation as a result of Brexit.

In an upcoming speech, International Trade Secretary Liam Fox is expected to call for a further reduction in the UK’s global trade deficit by increasing exports to existing trade partners and exploring new markets, British media reported on Tuesday.

Moreover, Fox will set a target of boosting exports as a percentage of GDP from 30 percent to 35 percent, while insisting that the UK can become a “21st Century exporting power” once it exits the EU.

In 2017, Britain exported a record high of £620 billion (almost $800 billion at the current GBP/USD exchange rate) of goods and services, including cars, pharmaceuticals, armaments and financial services.

Despite applauding the international trade secretary’s intent and the progress already made, the Federation of Small Businesses (FSB) insisted that more can be done to bolster UK exports in the global trading arena.

Specifically, the FSB called for more financial subsidies to be offered to businesses, in addition to guidance from experts.

Meanwhile, the Confederation of British Industry (CBI), a powerful ally of the ruling Tory Party, described the government’s efforts to bolster exports as proof of its commitment to making Britain more internationally competitive.

CBI Director-General Carolyn Fairbairn expressed his support for the ambitious export target and said they “look forward to working alongside the government to support” businesses boost their exports.

“The CBI strongly supports the ambition to make exports 35% of GDP, which will put the UK out in front of many of our international competitors. We estimate that in every region of the country there are around 10% of businesses that could export, but don’t, and we look forward to working alongside the government to support and inspire them to seize the opportunity.”