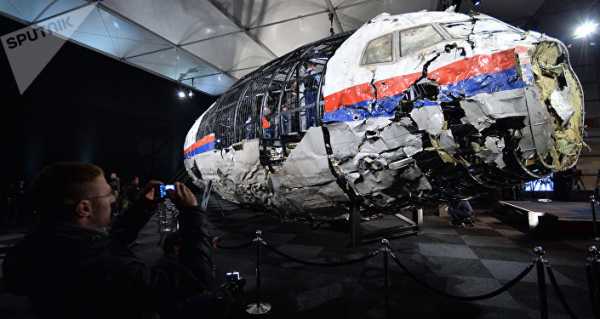 The Joint Investigative Team (JIT), which is examining the case, claimed that the Boeing was shot down with a weapon belonging to a Russian military unit. At the moment, three Russian citizens (Igor Girkin, Sergey Dubinsky, and Oleg Pulatov) and one Ukrainian (Leonid Kharchenko) are accused of downing the plane.

The criminal trial into the MH17 crash resumes at the Schiphol Judicial Complex (JCS) in Badhoevedorp. The trial began in March, but hearings have been postponed multiple times due to coronavirus pandemic, additional investigations and requests from the defence.

Malaysian Airlines Flight MH17 was en route from Amsterdam to Kuala Lumpur when it was downed over eastern Ukraine on 17 July 2014 as the self-proclaimed republics in the region were engulfed in an armed conflict with the country’s new government following a coup earlier that year. As a result, all 298 passengers – mostly Dutch – and crew on board were killed in the crash.

Almost immediately after the incident, the US and its European allies claimed, without presenting any evidence, that Russia had provided the Donetsk People’s Republic (DPR) militia with the weaponry used to down the aircraft.

These allegations were used by Washington and Brussels as a pretext to introduce sanctions against Moscow.

Russia said that it provided the Netherlands with radar data and documents proving that the missile that hit the plane belonged to Ukraine and was launched from territory controlled by Kiev, while the Ukrainian side failed to provide radar data or witnesses regarding the incident. However, this information was not taken into account. Moscow called the JIT accusations against Russia politically-motivated and regrettable.