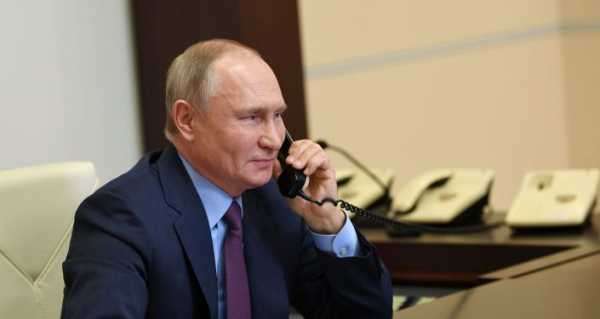 MOSCOW (Sputnik) – Russian President Vladimir Putin submitted an agreement on the extension of the Strategic Arms Reduction Treaty (New START) to the Russian parliament’s lower house for ratification, according to the State Duma database.

The New START is proposed to be extended for 5 years, until February 5, 2026, according to accompanying documents to the draft ratification agreement.

It is assumed that the law will come into force on the day of its official publication.

According to Leonid Slutsky, the head of the State Duma International Affairs Committee, the Russian parliament’s lower house will consider the draft agreement on the extension of the Strategic Arms Reduction Treaty at a plenary session on Wednesday.

The head of the upper house’s international affairs committee, Konstantin Kosachev, said that he expected the Federation Council to ratify the agreement on Wednesday.

According to the Kremlin statement, Putin congratulated Biden on the beginning of his work as US president and noted that “the normalization of relations between Russia and the United States would meet the interests of both countries and, given their special responsibility for maintaining security and stability in the world, the entire international community”.

Putin and Biden expressed satisfaction with the exchange of notes on reaching an agreement on the extension of the New START treaty, the Kremlin said.

Speaking on behalf of Washington, White House Press Secretary Jen Psaki told reporters that the two leaders discussed an extension of the Strategic Arms Reduction Treaty as well as other bilateral issues.

Later in the day, the White House said in a statement that Putin and Biden during their phone call on Tuesday agreed to examine strategic stability talks on a number of arms control and security matters.

New START has been in force since 2011, and is due to expire on February 5. It is the only legally-binding agreement on nuclear arms control that remains between Russia and the United States.