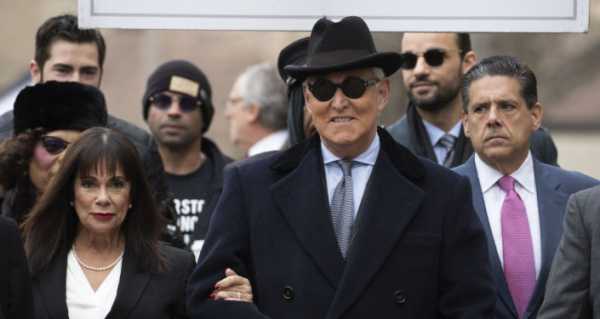 Late last year, then-outgoing US President Donald Trump issued a full pardon to his former campaign adviser Roger Stone, who was convicted in November 2019 on seven felony counts, including witness tampering and making false statements under oath to the US Congress.

The US Justice Department has filed a lawsuit against Roger Stone and his wife Nydia, accusing ex-POTUS Donald Trump’s former campaign adviser of failing to pay income tax.

“Despite notice and demand for payment, Roger and Nydia Stone have failed and refused to pay the entire amount of the liabilities they owe”, the suit argued.

The Justice Department also accused the couple of trying “to defraud the United States by maintaining their assets in Drake Ventures’ accounts, which they completely controlled, and using these assets to purchase the Stone Residence in the name of the Bertran [Family Revocable] Trust” under Nydia Stone’s control.

Stone also pledged “to fight these politically motivated charges”, vowing that he “will prevail again”.

The developments come after Stone referred to Donald Trump as “the greatest president since Abraham Lincoln” late last year, praising the then-POTUS for reversing the “injustice” Stone claimed he suffered, an apparent reference to Trump’s decision to pardon his former political consultant in December 2020.

In November 2019, the 68-year-old was convicted on seven felony counts, including witness tampering, obstruction of official proceeding, and making false statements under oath to Congress in relation to US Special Counsel Robert Mueller’s investigation over claims that Russia interfered in the 2016 US presidential election. The probe finally revealed that there was no collusion between Trump and Russian officials ahead of the vote.