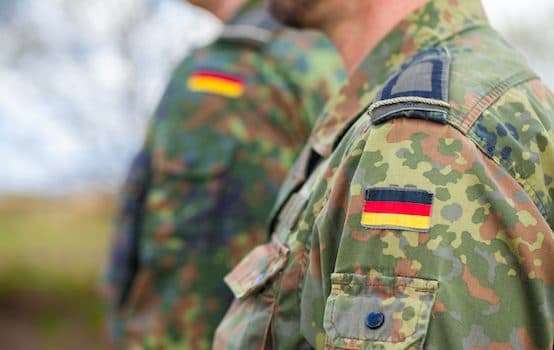 For years American officials have variously demanded, urged, and begged European governments to increase military outlays. For years the Europeans have instead reduced their spending, manpower, and procurement. There has been a slight uptick in their defense efforts under President Donald Trump, but most NATO members, including large and important nations such as Germany, Italy, and Spain, aren’t coming close to meeting the official standard of spending 2 percent of their GDPs on defense.

Now Poland, which fell just short of that level last year, is requesting that Washington establish a permanent base and garrison. Warsaw says it will kick in a couple billion dollars, while Washington can pick up the change on its way to confronting nuclear-armed Russia in a crisis.

But instead of sticking America with yet another tab, it would make more sense for Poland to send its bill to Berlin. German Chancellor Angela Merkel has called for European leadership on defense. But her coalition partners won’t let the continent’s dominant nation and biggest economy meet its military obligations. The Germans should garrison their neighbor in return for the cash.

The transatlantic alliance made sense when it was established in 1949. Western Europe was still recovering from World War II and Joseph Stalin’s Soviet Union was a cautious predator. The continent required time to reestablish something approaching a reasonable balance of power.

Still, Dwight Eisenhower, who served as NATO’s first Supreme Allied Commander, warned against a permanent American presence that would “discourage the development of the necessary military strength Western European countries should provide themselves.”

Allied outlays remained anemic even after the continent’s recovery. The end of the Cold War triggered a rush to demobilize while NATO expanded toward the new Russian Federation’s shrunken borders—despite contrary Western assurances given to Soviet and later Russian officials. Few considered how to defend new members, essentially treating the alliance as a gentleman’s club to which every respectable nation should belong.

The Russo-Georgian war of 2008 and especially the 2014 conflict between Ukraine and Russia have since reminded Europeans that NATO is, in fact, a military alliance. Yet only “new” Europe, as Donald Rumsfeld called it, seemed much worried about Moscow’s intentions, demanding guarantees that the alliance would hold off Vladimir Putin and his hordes.

“Old” Europe offered its formal assent but not much more. Instead, Washington created a special budget line to augment its forces in Europe. First came the European Reassurance Initiative, which then morphed into the European Deterrence Initiative. At $6.5 billion this year, the EDI spends more than Belgium, Denmark, Romania, and Greece devote to their entire militaries. Meanwhile, the pending National Defense Authorization sets as policy an “increased United States presence in Europe through additional permanently stationed forces, including logistics enablers and a combat aviation brigade,” along with “increased United States pre-positioned military equipment, including munitions, logistics enablers, and a division headquarters” and “sufficient and necessary infrastructure additions and improvements throughout Europe.”

Vladimir Putin is an unpleasant character, but he is not suicidal. Russia today looks a lot like the pre-1914 Russian Empire, intent on having its interests respected and its borders protected. Taking back Crimea, which hosts the Black Sea base at Sevastopol, and preventing Georgia and Ukraine from joining NATO were obvious and important interests. But Putin would stand to gain little from triggering full-scale war by invading one or more of the Baltic States or Poland, the most nervous alliance members.

Most of Europe agrees with this assessment. The specter of Russian aggression simply does not frighten. Europeans recognize that Russian troops are not going to march through their neighborhoods, so why spend more on defense? Especially since Uncle Sam can be trusted to play his default role.

The recent increase in allied outlays isn’t great and isn’t likely to be sustained. Only four European countries last year hit 2 percent of GDP on defense. Most of the others are unlikely to ever reach that level, irrespective of their promises.

All this has left “New” Europe dissatisfied. So Warsaw wants the U.S. to offer extra protection directly, even though we already maintain two combat brigades in Germany and Italy has an equivalent force that rotates through Eastern Europe. Warsaw, however, wants its very own American garrison.

Declared the Polish defense ministry: “Poland is a steadfast ally of the United States and is committed to advancing our shared interests and values, which increasingly are being threatened by Russian interference. A permanent U.S. presence in Poland will ensure that both nations can continue to advance, strengthen, and protect these values and interests.”

At least the Poles offered to contribute $1.5 billion to $2 billion to the effort, saying, “The Government of Poland understands that such a burden must be shared,” and “such expenses cannot and should not be financed by one country alone.” Which, admittedly, is contrary to what most European governments believe.

Still, this is an awful idea. First, Moscow doesn’t threaten America. And nothing suggests Russia plans to attack Poland. Merely being in NATO does not entitle member states to a U.S. military unit stationed within their borders.

Second, Polish analysts worry that the proposed contribution will be deducted from outlays to improve their own country’s military. Lukasz Kister of the Jagiellonian Institute warns that “The proposal to pay the U.S. for ensuring our security raises doubts we will be able to finance the modernization of our own armed forces.”

Third, the proposal ignores the fact that the major cost of commitments such as NATO isn’t in overseas basing, but in creating extra units. The more and greater Washington’s military guarantees, the larger the force that is required.

Fourth, American soldiers are not mercenaries to be rented out to the highest bidder. If the Poles really believe themselves to be at risk, they should spend not 2 percent of GDP on their military, but 5 or 10 percent, perhaps even more. They should ask themselves how much their freedom is worth.

There is, however, an obvious solution. Some 240 years ago Great Britain hired “Hessians,” who came from several German principalities, to fight against American revolutionaries. Poles could hire modern “Hessians” to guard Poland.

After all, Chancellor Merkel responded to President Trump’s criticism of Europe’s defense dependence by calling on Europeans to “take our fate into our own hands.” Alas, Berlin’s behavior has yet to reflect her rhetoric—but Germany is contributing 450 soldiers to a NATO mission in Lithuania. That’s a start.

The biggest problem today is that Berlin’s actions don’t match its words. In 2014, Merkel’s last government promised to hit 2 percent of GDP by 2024. She recently said reaching that level is “not completely beyond the imagination.” But in 2015, total German defense spending dropped to 1.1 percent. During last year’s election campaign, the opposition Social Democrats hardened their position against expenditures that, from Berlin’s standpoint, make no sense, since the likelihood of a Russian attack on Germany is only a bit greater than that of a Martian invasion.

This helps explain the judgment of the Atlantic Council’s Jorge Benitez: “The readiness of the German military is abysmal.” During a recent assessment, the German army had 244 tanks, but only 95 were battle-ready. None of the country’s six (count ‘em, six!) submarines were in service. Not one Eurojet fighter was combat-ready. Just 8 percent of German soldiers said they trusted their weapons.

Alas, admitted Hans-Peter Bartels, parliamentary commissioner for the armed forces: “the Bundeswehr as a whole cannot currently be used in the collective defense.” With dramatic understatement, he noted: “Additional efforts are necessary.”

Obviously the Bundeswehr could use Poland’s $2 billion.

What does Europe need for its defense? Inadequate resources is not a problem. The continent enjoys about 12 times the economic strength of Russia. Italy’s GDP alone is larger than that of Russia. Moreover, the Europeans have more than three times Russia’s population.

Yet none of the nations worried in principle about Russian aggression act worried about it in practice. Bulgaria, Estonia, Lithuania, Latvia, Poland, and Romania respectively devote 1.53, 1.73, 1.75, 1.80, 1.99, and 2.08 percent of their GDPs to their militaries. That compares to America’s 3.57 percent.

Before taking office, the president seemed to understand that America’s defense of Europe was counterproductive. But he surrounded himself with officials determined to increase U.S. military entanglements. And the Polish government is lobbying hard. Opined Polish defense minister Mariusz Blaszczak: “The decisions on this matter are moving in a good direction,” by which he meant bad for the American people.

The president should tell Warsaw no. If Poland doesn’t want to raise more of its own soldiers, then it should hire a few Hessians from its German neighbor.

Doug Bandow is a senior fellow at the Cato Institute and a former special assistant to President Ronald Reagan. He is author of Foreign Follies: America’s New Global Empire.