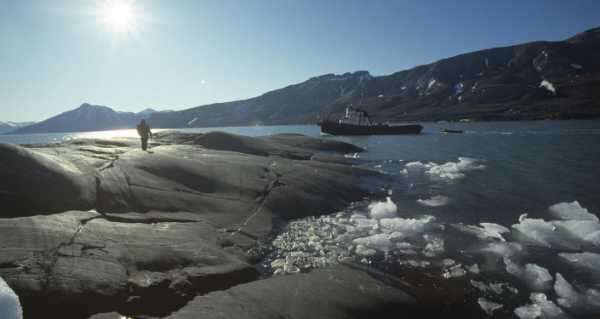 In the words of Norwegian professor Trond Bjørndal, Europe may be facing the biggest fishing conflict in the North Atlantic in decades.

Norway and the EU are at loggerheads over how much cod each of them should be able to fish off the coast of the Svalbard archipelago.

While Norway and the EU generally agree on how much cod EU boats can fish around Svalbard, this time Norway has reduced the EU’s quota, citing, among other things, the UK’s departure from the union. According to Oslo, the EU therefore no longer needs as large a quota as before.

Norway has therefore allotted the EU a quota of around 19,000 tonnes. The EU itself, however, has set its quota at around 29,000 tonnes.

“According to the law, the EU has no right to determine quotas in areas under Norwegian control,” Norway’s Foreign Ministry echoed, citing the 1920 Svalbard Treaty, which recognises Norway’s sovereignty over the archipelago.

Fisheries Minister Odd Emil Ingebrigtsen emphasised that the Norwegian Coast Guard is monitoring the situation and is ready to intervene in case of overfishing.

“We have informed the EU that fishing vessels that fish illegally in Norwegian waters will be arrested and prosecuted,” he assured.

Professor Trond Bjørndal called the case “very surprising”. In his opinion, it is Norway that unilaterally reduced the EU quota in the Svalbard zone, which Brussels won’t accept. According to him, Oslo’s best bet is to enter negotiations with the EU to settle the issue.

Fisheries Minister Odd Emil Ingebrigtsen said he was sure the conflict with the EU wouldn’t go that far.

This is not the first time fisheries become an infected issue in Europe. The so-called Cod Wars started after World War II, when the UK and Iceland engaged in a series of diplomatic skirmishes over fishing rights in the north Atlantic. Over the course of several “wars” starting in 1958 and finishing in 1976, Iceland gradually expanded its coastal zone to 200 miles, enraging the UK. The Cod Wars ultimately came to an end when NATO stepped in to resolve the issue.