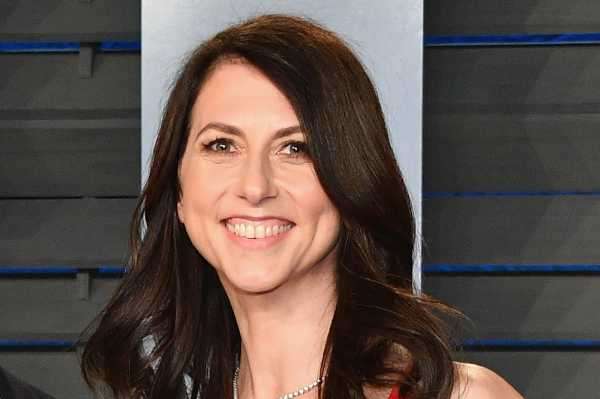 MacKenzie Scott says she’s given away another chunk of her fortune: more than $2.7 billion. Along with the $1.7 billion announced in July 2020 and $4.2 billion in December, Scott has now given away about $8.5 billion in less than a year.

Scott, who is the billionaire ex-wife of Jeff Bezos, said the money will go to 286 organizations that she has identified as being “high impact” in “underfunded and overlooked” communities and categories. Her model of giving — direct no-strings-attached donations to organizations selected by a team of advisers — has made her an outlier in the billionaire charity world.

Scott announced the donations in a Medium post, where she pushed back at the idea of the media focusing on her personally when covering this news.

“Putting large donors at the center of stories on social progress is a distortion of their role,” she wrote. “It would be better if disproportionate wealth were not concentrated in a small number of hands, and that the solutions are best designed and implemented by others.”

The long list of beneficiaries includes schools and organizations dedicated to the arts, female empowerment, equity, anti-discrimination, and global poverty. The amounts given were not disclosed, but the University of Central Florida announced that it received $40 million from Scott, which was the largest single donation in the school’s history. And San Jacinto College received $30 million, which will be used to provide free tuition to thousands of recent high school graduates from nearby school districts.

“We [Scott, her husband, and her advisors] are all attempting to give away a fortune that was enabled by systems in need of change,” Scott wrote.

This is Scott’s third release of funds since her divorce in 2019 from the Amazon founder made her one of the richest people in the world. Despite her generosity, Scott has still made more than she’s been able to give away: The Amazon shares she received in her $38 billion divorce settlement are now worth roughly $60 billion due to the company’s success during the pandemic, a reflection of how the wealthiest people in the world personally benefited while much of the rest of the world suffered.

The novelist’s style of philanthropy differs from her wealthy peers, who typically pledge large amounts of money to set up funds and foundations, which then take their time donating relatively small amounts. Scott’s ex, for instance, pledged $2 billion to fight homelessness with his Day One Families Fund, but the fund gives away about $100 million a year. He pledged $10 billion to fight climate change through the Bezos Earth Fund. In 2020, the fund gave away about $800 million. Oracle founder Larry Ellison’s foundation has been criticized for repeatedly failing to fulfill its promises.

Scott didn’t set up her own philanthropic foundation, but rather assembled a team — “a constellation of researchers and administrators and advisors,” as she put it in her Medium post — to identify organizations and areas that they felt could do the most good with the unrestricted funds they were given. In the past, some of the organizations that received her largess were quite surprised, given that they hadn’t applied for any grants. Some even thought the emails informing them that they’d been chosen were scams.

While this method has clearly helped her give away a lot of money very quickly, it’s also controversial due to its lack of transparency. Foundations have to disclose how much they give away and who they give it to; Scott does not. Still, it’s hard to criticize Scott when her donations have far outpaced those of her fellow billionaires.