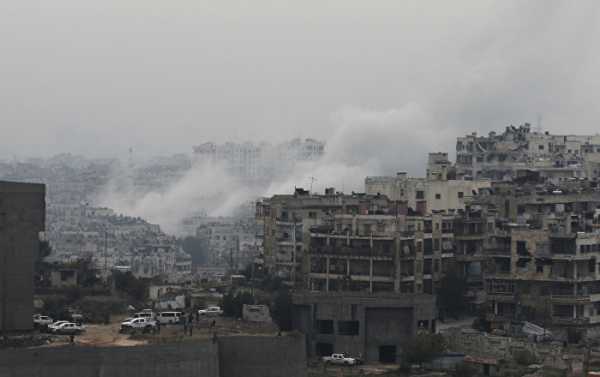 MOSCOW (Sputnik) – Militants breached the truce regime in the Syrian provinces of Aleppo and Latakia over the past 24 hours, the Russian Defense Ministry’s Center for Reconciliation of Opposing Sides in Syria said on Saturday.

“Over the past day, militants attacked the settlement of Ain al-Kantara in Latakia province, the settlements of al-Salihiyah and al-Huvaiz in Aleppo province as well as Aleppo (three times) and northwestern outskirts of Aleppo (two times)”, head of the center Maj. Gen. Viktor Kupchishin said at a briefing.

Kupchishin added that works to recover social infrastructure in Syria continue. “As for 15 March 2019, 31,396 houses, 826 educational facilities and 147 medical centers have been recovered. Besides, 926km [597 miles] of roads have been repaired”, he said.

Kupchishin recalled that in order to prevent a humanitarian disaster in the Rukban refugee camp, a humanitarian corridor and the Jleb mobile checkpoint have been set up.

“Specially formed columns of buses are also sent for the voluntary and unimpeded return of temporarily displaced persons from the al-Tanf area to the places of their permanent residence. The Syrian government guarantees the security of temporarily displaced persons and a simplified procedure for the restoration of documents. There are also centers for temporary accommodation for refugees”, he added.

Syria has been engulfed in an armed conflict since 2011. At the moment, the Syrian government forces continue military operations in several areas of the country to clear them from terrorists. The political resolution, rebuilding of the country and return of the refugees have come to the forefront in Syria. Moscow is assisting Damascus in this process, along with providing humanitarian aid to civilians and being a guarantor of the ceasefire.