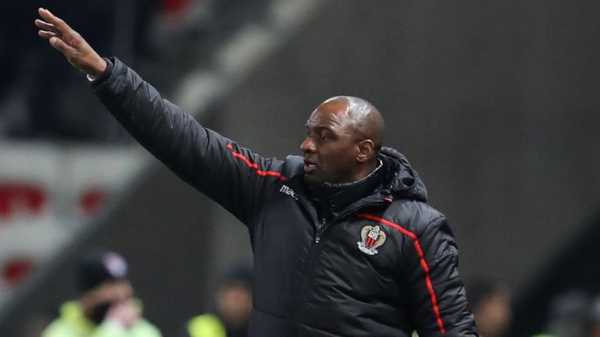 1:56 Patrick Vieira has been manager of Nice since 2018 – here’s what he told Sky Sports about how he’s getting on

It never took long for things to get spicy on the pitch between these two, but in their first meeting since the end of the Invincibles, they hadn’t even reached it by the time things came to a head.

“See you out there, shouting your mouth out every week, you, like you’re a nice guy,” then-United captain Roy Keane boomed at opposite number Patrick Vieira, the mental dominance act which always played its part starting even earlier in the cramped Highbury tunnel.

Experienced referee Graham Poll tried to intervene, but he was far too late. Keane had spotted Vieira cornering Gary Neville – and it hadn’t been to exchange opinions on the game – with the Arsenal skipper hoping to intimidate him ahead of 90 minutes against Robert Pires’ flying feet.

“I came into the dressing room after the warm-up and heard that Vieira had gone after Gary Neville already,” Keane said in the days after.

“I’m usually first out in the tunnel, but I had a problem with my shorts and I was maybe fourth or fifth out and by the time I got down I saw Vieira getting right into Gary Neville again.

“I’d had enough of Vieira’s behaviour and I would do what I did again tomorrow if I had to.”

The two captains came face to face again in later years for an ITV documentary when enough time had passed for the snarls to turn into smiles, and laid bare the strength of feeling between the two sides which has rarely been seen since. 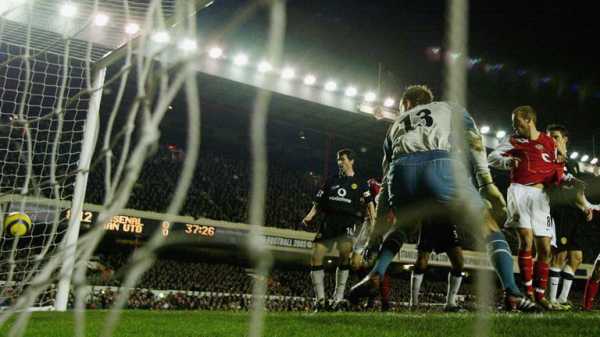 “Keane was my favourite enemy,” Vieira told the programme. “I don’t know if that makes sense for you, but it does for me. He didn’t intimidate me, he excited me.”

Both players knew that whoever came out on top, in the game and in the mind, would probably be walking off the pitch a winning captain at full time. Forget the strikers’ instinct of Thierry Henry and Van Nistelrooy, the game was run in the engine room.

“You lost it, and then when we started to come out of the tunnel I quite liked it. I was expecting you to lose it,” Vieira smiled at his old foe when they relived their younger days.

“People say you often win the game in the tunnel, I’m not sure it’s that far wrong,” Neville added years on. “We went out onto the pitch knowing we were the better team, knowing we were physically quite tough and wouldn’t be pushed around.”

Initially, pushed around is exactly what United were. Vieira headed the hosts in front after eight minutes and they held a half-time lead once Dennis Bergkamp cancelled out Ryan Giggs’ equaliser.

But Keane and Neville would have the last laugh. Two quick-fire goals from a young talent named Cristiano Ronaldo turned the game on its head, and an unlikely – and spectacular – fourth from John O’Shea late on sealed victory.

The manner of the mental battle may have changed down the years – perhaps don’t expect too many fireworks in the tunnel on Monday Night Football tonight – but both these sides will have to be right off the pitch as well as off it if they want to come out on top at Old Trafford.