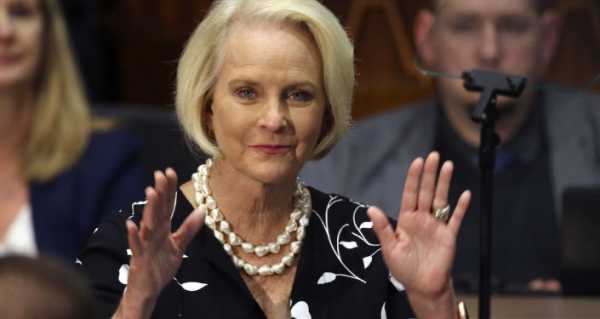 The widow of the late Republican Senator John McCain has been a fierce critic of Donald Trump and she crossed party lines to support Democratic Party candidate Joe Biden in the recent election. Her support helped to deliver the traditionally Republican state of Arizona and its 11 electoral college votes to Biden.

Joe Biden, who has been projected to win the US election by the media, is expected to name Cindy McCain as his ambassador to the UK, according to The Times of London.

McCain, 66, is a known Anglophile and thought to be a frontrunner for the job as a reward for helping to win the state of Arizona for the Democrats.

A source told The Times: “It’s hers if she wants it. She delivered Arizona. They know that.”

Biden defeated Trump in Arizona by less than 11,000 votes.

John McCain, who passed away in August 2018 after a battle with cancer, was one of the most vocal Republican opponents of the president, both during the 2016 campaign and the first year and a half of Trump’s presidency.

US President Donald Trump mocked McCain, who spent five years in captivity in Vietnam, by saying he was not “a war hero because he was captured.”

The Republican’s plane was shot down over Hanoi, Vietnam, in 1967.

McCain’s Vietnamese guards found out his father was a senior officer for US forces and offered him early release – but McCain refused and he spent five years as a prisoner of war.

She told 60 minutes on CBS: “For me, the final straw was the, you know, ‘They’re losers and suckers.’”

“It angered me a great deal. It angered me. And so I thought, you know, I can either sit here and be angry or I can do something.”

“You know, I’m the mother of two veterans and a wife of a veteran, and my father was a veteran. They were not losers and suckers by any chance.”

The ambassadorship to London is considered one of the most sought-after positions in the United States Foreign Service. It is often given to political allies who help the president win election rather than to career diplomats.

It is not clear if McCain would be interested in the role. After her husband’s death, she has concentrated on charity work related to her late husband’s foundation.

Social media was divided over the potential appointment.

Some found the news fascinating while noting that Biden hadn’t officially won the election yet.

​Others said she would do a better job than Callista Gingrich, the wife of former House Speaker Newt Gingrich, who was appointed US Ambassador to the Holy See in 2017.