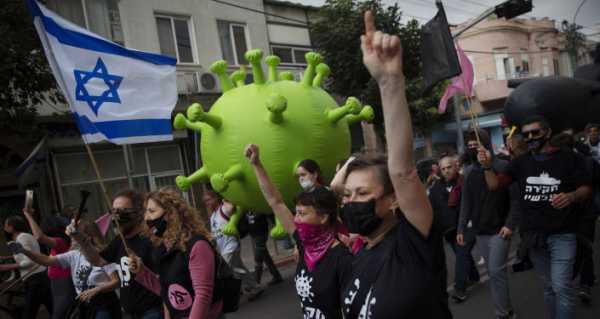 Despite the Israeli media having been painting doom and gloom about the country’s economy, an expert says the situation is not that bad. And the reason for this is the Jewish state’s ability to handle crises as well as its reliance on the high-tech, defence, and IT industries which haven’t been damaged by the pandemic.

Although Israel has started to gradually get back to normal since the government lifted its third lockdown on Sunday, the ramifications of a five-week closure are still being felt. And the country’s media continues to publish reports about how bad the situation is on the ground.

According to reports, tens of thousands of businesses have closed down, those that managed to stay afloat fired many of their employees, pushing up already high unemployment rates.

January registered more than 600,000 unemployed people or 16.7 percent of the total population.

Poverty rates have also spiked. At the end of 2020, Israel reported that more than two million of its nine million people were living in dire conditions.

Situation is Not That Bad

But Dr Alex Coman, an economics expert from Israel’s Tel Aviv University, says the situation is not as bad as the media is trying to portray it and that it is much better than in many other countries.

His claims are backed by statistics. Despite Israel’s economy shrinking by 3.3 percent in 2020 due to the corona pandemic, the impact of the downturn has been much softer than on other OECD countries, where a 5.5 percent contraction was registered.

Even though the coronavirus is still raging in Israel, registering more than 5,000 deaths so far, its economy is expected to grow and if the nation’s mass vaccination project proves efficient, the country may register 4.6 percent growth by the end of the year.

The primary reason for Israel’s ability to avoid economic collapse, says the expert, is that its economy has been based on high-tech, defence industries, and IT solutions, spheres that have managed to adapt themselves to the changing reality and continued to function and grow despite the pandemic.

Another reason for Israel’s resilience is that the country has been used to tackling wars and crises and that helped it to “build competence” when handling the pandemic, says Coman.

Economy Could Have Been Better

Nevertheless, despite seeming economic advantages, Coman says the situation would have been much better if it wasn’t for the “ridiculous and the fast-changing decisions of the government”.

Another was the decision to pump millions of dollars into an assistance package without setting up a proper mechanism to distribute those funds.

Yet, the expert is certain that despite these challenges, Israel will return to normalcy in the near future.