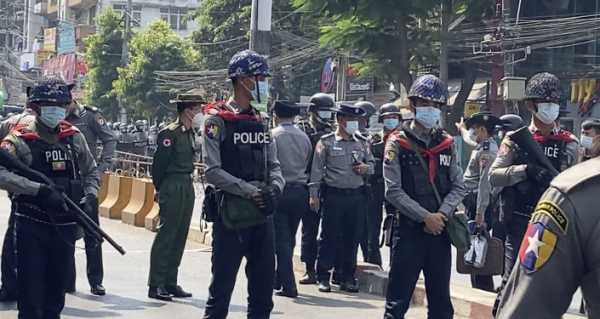 The Myanmar armed forces previously declared a year-long state of emergency in the country and arrested President Win Myint, State Counsellor Aung San Suu Kyi and her government, saying the cabinet was responsible for election fraud during the November 2020 vote.

Sputnik is live from Yangon, Myanmar, as people are protesting against the military takeover that deposed the civilian government last week and resulted in a series of arrests. The rallies in Myanmar’s biggest city earlier led to major clashes between protesters and police, with officers using water cannons and rubber-coated bullets to disperse the demonstrations.