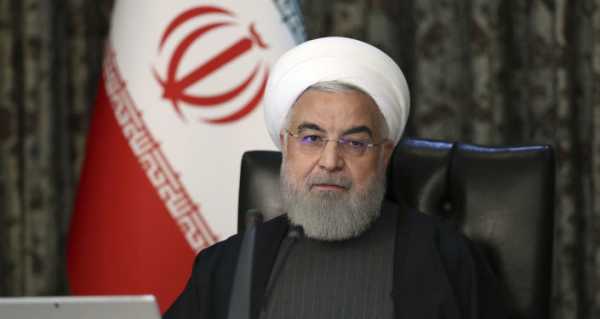 TEHRAN (Sputnik) – Iranian President Hassan Rouhani on Wednesday expressed the hope that the mistakes committed by some Western countries with respect to Islam would be corrected.

“I hope that those who have made mistakes will fix them as soon as possible, and return to the path of morality and justice,” Rouhani said at a government meeting broadcast by IRINN.

According to Rouhani, the use of caricatures of Islamic prophet Muhammad as a manifestation of the freedom of expression demonstrates a lack of morality and provokes more violence.

Macron has faced much criticism from the Islamic world after his speech at a commemoration ceremony for a French history teacher who was beheaded by a radicalised teen after he had shown caricatures depicting prophet Muhammad to his students. Macron called for people to “free Islam in France from the foreign influence”.

The standoff between France and several Muslim nations began earlier this month after an 18-year-old French Muslim of Chechen origin beheaded Paty after the teacher had shown Charlie Hebdo’s controversial depiction of the Islamic prophet during a lesson on freedom of speech.