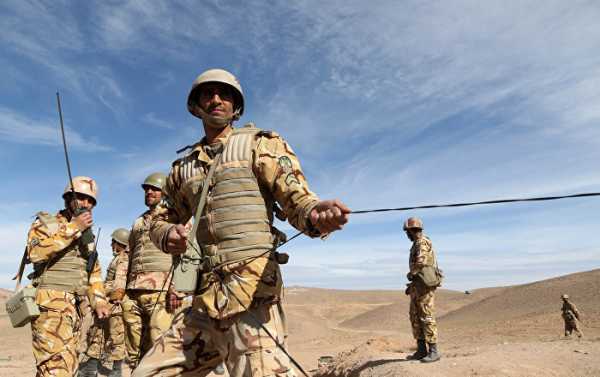 Iran will continue providing fuel and goods in addition to military support in Syria amid Israeli attacks on Syrian and Iranian military targets, including Syrian air defense systems.

“Iran’s presence in Syria is for the sake of defending the axis of resistance according to agreements between the Islamic Republic of Iran and Syria. The downing of the Israeli F-16 planes is an important milestone in the conflict with Israel. Israel must know that every attack will get the same response, it is Syria’s right. The axis of resistance will protect its sovereignty, and we will not remain silent to Israeli aggression,” he stated.

Israel launched major air raids in neighboring Syria on Saturday, including against what it described as Iranian targets in the country. It was the first time Israel publicly acknowledged hitting Iranian targets in Syria since the 2011 start of the civil war there.

“We inflicted on Saturday a heavy blow to Iranian and Syrian forces,” Prime Minister Benjamin Netanyahu said at the start of Feb. 11’s cabinet meeting.

On Saturday, the Israeli Defense Force claimed that an Apache attack helicopter detected an Iranian drone infiltrating the disputed area of Golan Heights, which has been at the center of conflict between Syria and Israel. Following the incident, Syrian air defense systems had hit Israel F-16 fighter jet which became the first loss of an Israeli jet in combat since 1982.

The day before Iranian foreign ministry spokesman Bahram Ghasemi insisted, that “Iran does not have a military presence in Syria, and has only sent military advisers at the request of the Syrian government.”

Israel and Syria, which have never engaged a peace treaty, and have a long history of troublesome controversies over the Golan Heights, have repeatedly exchanged fire, with the latest incident taking place in early January when the Syrian government’s army sabotaged three Israeli missile attacks on Damascus province. In response, Damascus accused Tel Aviv of collaborating with terrorist groups, emphasizing that Israel “posed a threat to global security and peace on a par with Daesh and Jabhat Fatah al-Sham (formerly known as Jabhat al-Nusra).