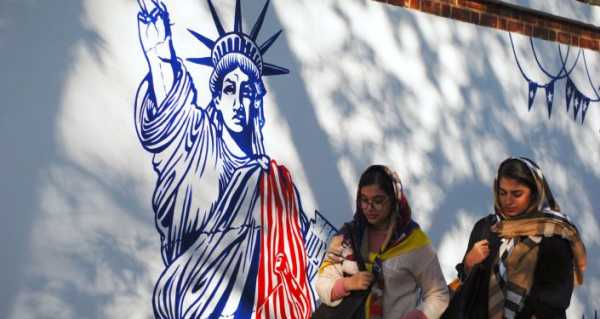 The US Treasury slapped sanctions on four Iranian nationals on Friday, claiming the individuals were ‘intelligence operatives’ engaged in “a wide-ranging campaign to silence critics of the Iranian government”. The United States has now sanctioned more than 1,500 individuals, companies, government bodies and armed groups connected to Iran.

Tehran has lashed out at Washington over the latest round of Iran-related sanctions introduced by the Treasury Department.

Speaking to reporters on Saturday, Foreign Ministry spokesman Saeed Khatibzadeh suggested that “unfortunately, the current US officials are pursuing the failed path of the previous administration”.

“Washington should know it has no choice but to abandon its addiction to sanctions and use respectful language and conduct with regard to Iran,” Khatibzadeh added.

The Foreign Ministry spokesman’s comments follow Friday’s announcement by the US Treasury’s Office of Foreign Assets Control that it had added four Iranian nationals to the US Specially Designated Nationals list over their involvement in an alleged “military-style” plot to kidnap Iranian-American journalist Masih Alinejad and transport her to Venezuela using speedboats. The Treasury said the four men had been indicted in the US District Court for the Southern District of New York on charges including conspiracy related to kidnapping. The sanctions block all property that the men may have in the United States or in jurisdictions under US control, and prohibit any transactions between them and US citizens on penalty of secondary restrictions.

The alleged kidnapping plot involving Alinejad is reminiscent of the US’s own plotting against the Venezuelan government, which saw two US mercenaries and dozens of Venezuelan accomplices attempt to infiltrate the Latin American government aboard speedboats last year to kidnap Venezuelan President Nicolas Maduro and fly him to the United States. That plot failed spectacularly, with the mercenaries captured by Venezuelan security forces and fishermen, and Trump administration officials washing their hands of the entire affair.

On Friday, US Secretary of State Antony Blinken indicated in a State Department press release that, as well as the alleged plot against Alinejad, Washington was “aware of ongoing Iranian interest in targeting other American citizens, including current and former officials.”

The United States has sanctioned more than 1,500 Iranian nationals, companies, government ministries and other entities. In its negotiations in Vienna with Iranian officials about reconstituting the Iran nuclear deal, Biden administration negotiators ‘agreed in principle’ to lift more than 1,000 sanctions slapped on Tehran by the Trump administration if the nuclear agreement were to be restored.

US-Iran nuclear negotiations have been stalled since June, with neither side showing willingness to be the first to make concessions. Iran is asking that the US show goodwill by lifting its crushing sanctions against the country, which affect everything from oil sales and banking to the import of food and medicines. The Biden administration maintains that Tehran must first unilaterally reduce its uranium enrichment and stockpiling activities.

Iran’s new president, Ebrahim Raisi, has indicated that his government would support nuclear negotiations to “guarantee national interests,” but warned that Tehran would not engage in talks for talks’ sake, particularly if the Biden administration continues to demand that Iran’s ballistic missile programme, and its regional foreign policy is also included in the text of the nuclear agreement document.

Last Saturday, Iranian Supreme Leader Ayatollah Ali Khamenei accused Washington of acting “extremely shamelessly” on the nuclear issue, and suggested that the present administration has proved itself to be “no different from the previous one,” acting like “a predatory wolf that sometimes turns into a cunning fox.”