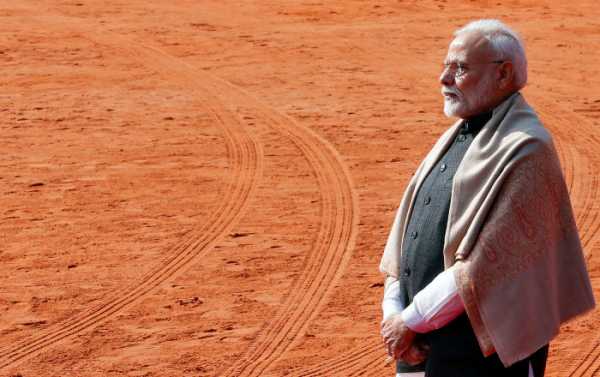 According to the officials, the ‘Panchaloha’ statue, made up of traditional five-metal alloys, is the tallest of the leader in the country. The statue took more than 200 artisans to complete and took almost a year.

Addressing the huge gathering, Modi said, “Now this memorial place has been built here, the garden has been built, the grand statue has been installed, this will continue to inspire generations to come by the ethics and thoughts of Deen Dayal Ji”.

​During his visit, he also flagged off the ‘Maha Kaal Express’ train which will connect three pilgrim sites – Varanasi in Uttar Pradesh, and Ujjain and Omkareshwar in Madhya Pradesh. Modi also inaugurated several hospitals in the area.

According to reports, the prime minister laid the foundations of over 30 projects worth INR 12.54 billion ($175 million approx.).

Modi was unable, however, to attend the swearing-in ceremony of the Delhi state chief.