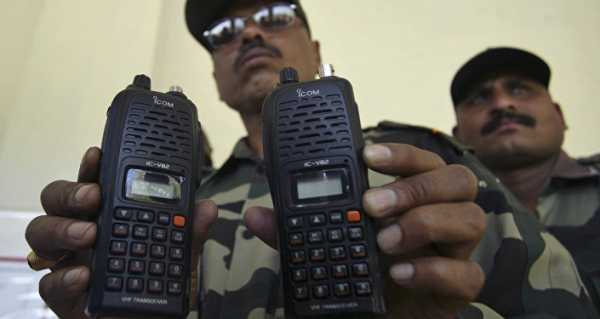 Since 2017, the Indian Army has accused China of engaging in silent cyber warfare and snooping around for internal information, which Beijing has consistently denied. At the same time, the Army has warned citizens about being careful with sharing personal details with foreign-made apps and instructed soldiers to refrain from using them at all.

The 1.3 million-strong Indian army on Thursday launched a made-in-India instant messaging app called SAI in a bid to safeguard internal communications from being leaked via foreign-developed messaging apps like WhatsApp and Telegram, among others.

SAI is an acronym for “Secure Application for the Internet”, and the app claims to support secure end-to-end voice, text and video calling services online. As of now, the app is only available for Android devices. It will be utilised by Indian Army soldiers to facilitate secure messaging.

The app, which has been vetted by India’s Computer Emergency Response Team (CERT) – a nodal agency tasked with protecting against cybersecurity threats – along with the Army Cyber Group, has been designed with a bundle of security features. The data collected by the app will be stored in local in-house servers in order to avoid being breached.

Faisal Kawoosa, the founder and chief analyst at Indian tech research firm techARC told Sputnik that creating apps like SAI is the right strategy to achieve security for apps which are usually the most vulnerable.

Presently, processes for filing the Intellectual Property Rights (IPR) for the app, hosting its infrastructure with the government’s IT support called the National Informatics Centre (NIC), and creating a version of it for iOS users in the military are in the works.

Earlier in March this year, in a video posted on Twitter, the Indian Army claimed that WhatsApp is the latest platform being used by Chinese hackers to spy on Indians.

In 2018, the Indian Army also asked its soldiers to avoid using a host of applications, including WhatsApp, that were deemed vulnerable to Chinese hackers.

Facebook-owned WhatsApp lost its credibility as a trustworthy messaging app in the public eye last November when it confessed that an Israeli cyber intelligence company called the NSO Group was snooping on Indian activists and journalists via a spyware program called “Pegasus” that could compromise a device and get access to all of the target’s data.

The incident created ripples across the country, over 200 million people use WhatsApp – making it the app’s largest market worldwide.

Other popular social networking apps like Twitter, Instagram and Facebook have also been found to have been breached time and again, putting user-data at severe risk of exploitation and crime. In addition, these companies have also been called out by governments of several nations, including India and the UK, for collecting their citizens’ data without full transparency.

The Indian Army’s decision to launch a special messaging app exclusively for their internal communications has been welcomed warmly by Indian tech and security analysts.

Soni also said that “third-party apps are not only insecure, but they have also been found to tracking users and even recording the audio from the phones’ mic, hence an app with all the latest features like the end to end encryption, voice and video calls apart from being able to text messages, this app makes the national army self-reliant.”

Amid border woes with China that have been prevailing for the last seven months, India banned 233 Chinese apps, citing national security reasons, while Prime Minister Narendra Modi also urged Indians to “go vocal for local” so that India could soon become “self-reliant”.

Earlier in September, India’s Minister of Information Technology Ravi Shankar Prasad revealed that out of nearly 7,000 Indian-made apps that reached the government for review, 24 have been carefully handpicked for their potential to go global.