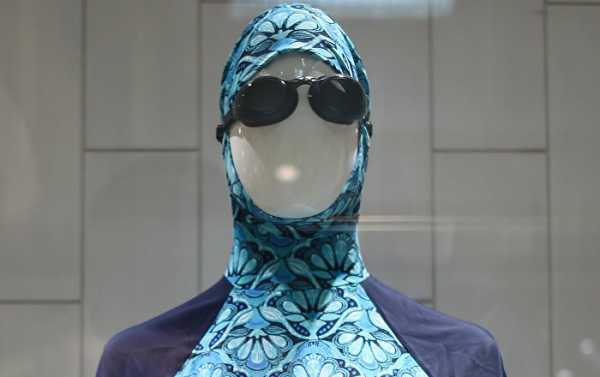 A Swedish suburb which was once the site of an ancient Viking capital has fuelled the protracted debate on traditional norms and women’s rights with its decision to stop the sale of the Muslim swimming garment at community-run facilities; it has deemed the concealing swimwear detrimental to integration.

Sigtuna, a municipality in Greater Stockholm, has decided to prohibit the rent or sale of burkinis, swimming garments for women that are designed to cover everything but the face, hands and feet. According to the municipality, it represents a system of values and beliefs that are “incompatible with integration”, the news outlet Samhällsnytt reported.

Previously, the community-run public bath Midgårdsbadet had sparked controversy by selling and renting burkinis to meet the demands of its increasing Muslim clientele. The controversial outfit has evoked polarised reactions in Swedish society, with its advocates contending that it allows Muslim women to partake in swimming activities and its opponents insisting that it represents an oppressive and fundamentalist worldview.

After some deliberation, Sigtuna municipality decided to side with the burkini critics, questioning its contribution to integration.

“The municipality of Sigtuna should not contribute to maintaining such values and should therefore not provide burkinis for sale or rent in the municipality’s bathing facilities,” Lars Björling, the chairman of the municipalities culture and leisure board, said, as quoted by Samhällsnytt.

Swimming in a burkini will still be allowed, but the municipality won’t provide such garments.

However, the board was far from unanimous in stopping the burkini. The Social Democrats and the Left party (both representing the left-wing of the Swedish politics) opposed the decision.

At Midgårdsbadet, Aquarapid Scandinavia runs a corner-shop with swimwear. In social media, the company boasts having introduced the burkini to Sweden seven years ago and offers “swimwear for everyone”. On its Instagram page, the company doesn’t shy away from political messages and claims to support “every single demonstration” against France’s burkini ban.

In 2018, the Swedish store chain Stadium landed in hot water for launching the burkini, marketed as “Modesty suit”, which triggered a broad outcry over the alleged promotion of fundamentalist values and so-called “honour culture”. Stadium stuck to its guns, though, claiming it was women’s democratic right to conceal their bodies.

In November, Carolin Ekman, a women’s and girls’ sexual rights consultant, penned a much-acclaimed opinion piece “Dare to say no to the burkini”, which became the most-read piece of the year at the news outlet Dagens Samhälle.

In her article, Ekman, urged municipal politicians to ask themselves who really demands the burkini.

“Whose views are being respected, the woman’s or someone else’s? Some argue that not providing the burkini is exclusionary. I say, we should include all women into Sweden’s liberal view of the female body with a lack of honour-related standards. It is unfortunate if municipalities choose to run the errands of men who seek to control women”, Ekman wrote.

Sigtuna municipality is located north of Stockholm. It is known for being home to Sigtuna, Sweden’s oldest town and a former Viking-era capital. As of today, over 40 percent of the municipality’s inhabitants are immigrants.