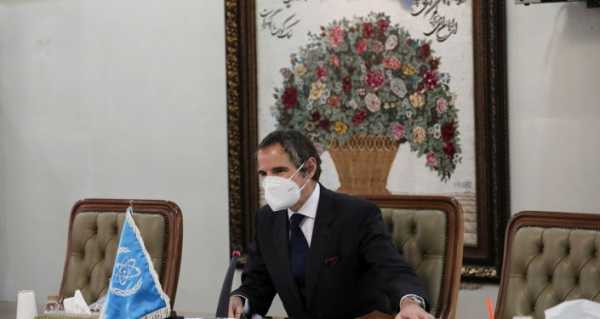 Iran, which has repeatedly called on the US to lift sanctions on Tehran if it wants to salvage the 2015 nuclear deal, has already hailed the discussions with UN nuclear watchdog chief Rafael Grossi as “fruitful”.

Grossi visited the Iranian capital over the weekend ahead of Tehran’s plans to partly suspend IAEA inspections of its nuclear sites.

Back in December 2020, the Iranian parliament passed a bill that would see the country scale back some of its obligations under the 2015 Joint Comprehensive Plan of Action (JCPOA), also known as the Iran nuclear deal.

All materials on this site are taken from open sources - have a link back to the material on the Internet or sent by visitors to the site and are provided for informational purposes only. Rights to the materials belong to their owners. Administration of the site is not responsible for the content of the material. If you found materials on our website that violate copyrights belonging to you, your company or organization, please let us know.
Contact us: 1newsday.co[email protected]