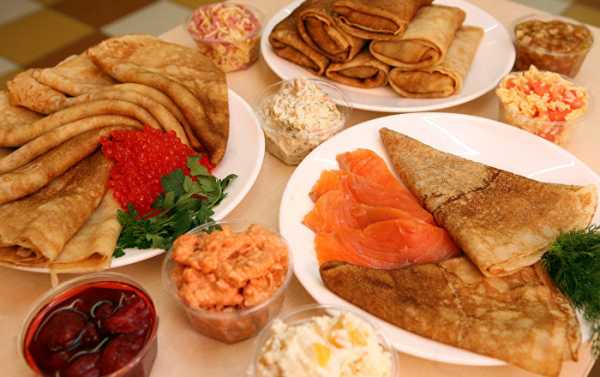 When visiting other counties, one thing you are bound to explore is national cuisine. Russia is a multi-ethnic country and was once part of the Soviet Union, which consisted of 15 national republics. This rich cultural past sometimes makes it hard to say where Russian cuisine begins and where it ends.

A Chinese blogger has listed the most unusual Russian foods and dishes. At the start of the list is quite a simple dish – vareniki, or dumplings. They are made of dough in which you put savoury (meat, potato, cheese, mushrooms) or sweet (fruit) fillings.

The dumplings that bewildered the Chinese blogger were made with strawberries. He wrote that they tasted good, but contended that it’s better to eat strawberries without dough.

The next dish might not only bemuse bloggers, but Russians too, as few are aware of serving risotto with strawberries. The blogger did not elaborate on where he ate the dish, but a quick search on the Internet shows that it is on the menu in some restaurants.

He said it was made of rice, cheese, cream, chocolate, sugar, and, of course, strawberries. Some recipes on the Internet also include onions, a glass of champagne, lime, and olive oil.

Marinated lard (salo in Russian) is another food that shocked the Chinese blogger. It is quite popular in Slavic countries. For preservation, it is sometimes salted, smoked, and aged. The blogger was surprised that instead of frying it, the lard was salted and coated with garlic.

“They say it is the best snack to go with alcohol”, the blogger wrote. While we can’t be 100 percent sure that it would taste good with wine, cognac, or liquor, it’s definitely a perfect match for beer and vodka.

Two of the items on the list are desserts. The first one is a cake called Potato (Kartoschka), reportedly because of its shape. Recipes for similar cakes were discovered in the 18th century, but this recipe is credited to Finnish poet Johan Runeberg and his wife Fredrika. The cake was hugely popular in the Soviet Union.

The recipe is simple: grind down some cookies, then add cocoa, butter, condensed milk, and finally shape it. In old Soviet recipes, the pastry was filled with cream made of eggs, butter, milk, sugar powder, and cognac.

The other dessert that baffled the Chinese blogger is a Russian chocolate called Alyonka. No, there is no lard, garlic, salt, or other peculiar ingredients in it; in fact, according to the blogger, he quite liked the taste of it. Rather, it was the illustration of the girl on the packaging, or perhaps the baby face, that the blogger said “is infiltrating you”.

The story behind the illustration is quite simple. When the Soviet confectionery manufacturer Krasny Oktyabr (Red October) was launching a new product in 1964, it wanted it to have an original packaging with a unique illustration. Red October launched a competition, which was won by a photographer who sent a picture of his daughter.

Warning: some readers may find this recipe deeply disturbing. Alright, jokes aside. This dish is really weird. Especially its name, literally translated – herring under a fur coat. Don’t worry, no animals were hurt (except for the fish) during the preparation of this salad, which is always on the table during New Year celebrations.

To make a herring under a fur coat salad, you need to boil beets, eggs, potatoes, and carrots. Cut some salted herring and onions into small pieces and then put all the ingredients in layers on top of the herring. Add mayonnaise to each layer. “They eat this salad in every household. I don’t understand the Russians’ taste in food completely”, said the blogger said, commenting on the dish.