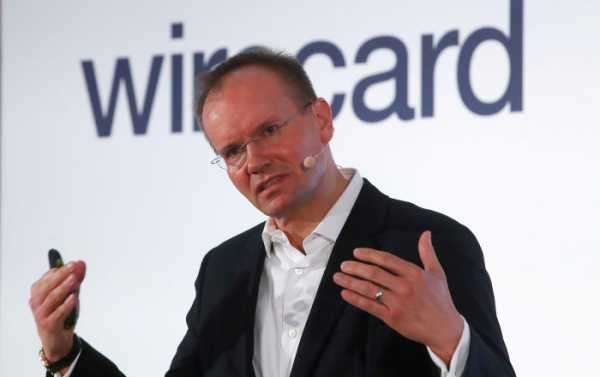 Marsalek helped run the German payments group for a decade before it collapsed in June, with German authorities still struggling to discover precisely what business actually took place inside the company, which had privileged access to global payments networks and major tech sector clients.

Jan Marsalek, until recently the Chief Operating Officer of Wirecard, a German digital payments company, was revealed to have boasted of his ties to intelligence services to ingratiate himself with London traders, and showed them sensitive documents to bolster his credentials.

The documents, which have been reviewed by the Financial Times, apparently included the formula for novichok – the outlet suggests this may have been an effort to identify speculators ‘shorting’ Wirecard stock, in other words betting the company would fail and its share price decline, by intimidation. He’s also said in 2018 to have unveiled a plan at his lavish Munich home to recruit 15,000 Libyan militiamen, for reasons unclear.

​Marsalek appears to have done a runner as the sheer scale of Wirecard’s accounting fraud – which has been compared to the 2001 Enron scandal in the US – quickly unravelled. Once a darling of the fintech scene, the firm filed for insolvency after being forced to admit around US$2.1 billion missing from its accounts likely didn’t in fact exist.

Adding to the intrigue, immigration records show he boarded a flight to Manila in June before travelling to China from Cebu, Philippines. However, Philippine justice secretary Menardo Guevarra claims CCTV footage doesn’t show him arriving here, and there’s no record of any flight to China scheduled at the time he’s meant to have travelled. Wirecard’s former chief executive and founder Markus Braun turned himself in to police.

Die Presse also reports Marsalek passed on confidential information from Austria’s secret services and interior ministry to the Freedom Party, which allegedly fuelled the party’s mistrust of its then-coalition partner, culminating in police raids of various intelligence services, in 2018.

Founded in 1999, Wirecard was a payments processor, offering companies the ability to accept credit cards and digital payments, akin to Apple Pay or PayPal, in stores, online or via mobile. The company made its money in theory by receiving a commission for ensuring merchants receive the money they’re owed from their customers, and also selling its customers services such as transaction analytics, in order to improve sales and track trends. Wirecard at one stage had 300,000 customers worldwide, and signed deals with sectoral giants such as WeChat, Apple and Google.

That year, however, a probe by a legal firm, which was launched after whistleblowers reported that their superiors in the company were advocating for elaborate financial fraud, found that Wirecard was involved in “forgery and/or of falsification of accounts”, as well as “cheating, criminal breach of trust, corruption and/or money laundering” in multiple jurisdictions.