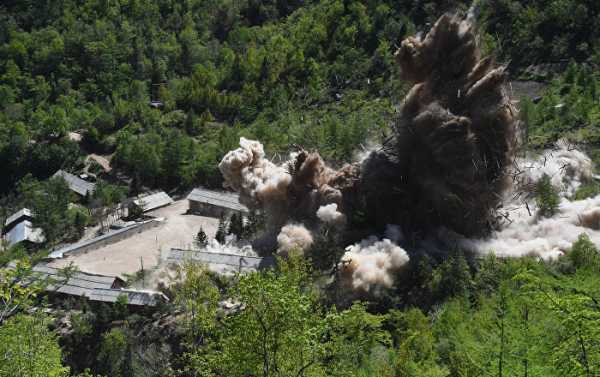 MOSCOW (Sputnik) – Full denuclearization of North Korea by 2021 is hardly possible, as international guarantees are needed to complete this process, Oleg Morozov, a member of the Russian upper house’s foreign affairs committee, told Sputnik on Friday.

“It all depends on the guarantees that will be given to North Korea. And the US ones will not be enough. International guarantees are needed, and only this can ensure the abandonment of nuclear weapons… [Within the current version of the ‘US blitzkrieg’] there can be no confidence in the rapid resolution of the problem and the denuclearization of North Korea,” Morozov said.

The statement comes after earlier in the day, media reported citing a senior US State Department official that North Korea could be denuclearized during this term of US President Donald Trump ending in 2021.

The second summit between US President Donald Trump and North Korean leader Kim Jong-un concluded with no agreement signed in the Vietnamese capital last week. Trump walked away from the talks, saying that Kim demanded full sanctions removal, while not pledging to denuclearize exactly the territories that Washington wanted.