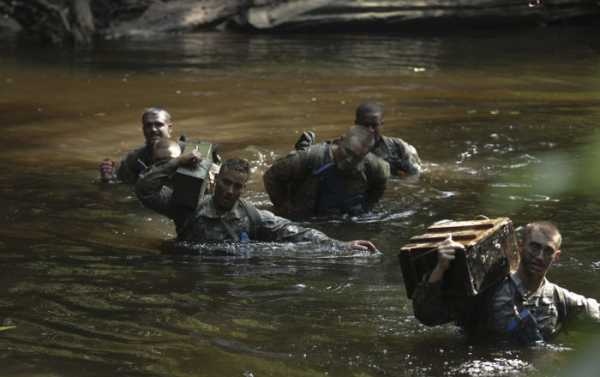 The US has been recently thinking about reducing its military presence in the Islamist-infested continent in order to focus more on countering Russia and China globally, despite the dire situation with terrorism in certain African countries.

French Defence Minister Florence Parly will travel to the US with the goal of persuading American officials to keep their military contingent in Africa instead of withdrawing it, AFP reported citing an anonymous source. According to the media, the US has been at times an indispensable ally in French military operations against terrorist insurgents in the Sahel region.

The US supplied France with intelligence and surveillance data obtained by drones, as well as organised logistical support for French operations. If Washington withdraws under the pretext of redistributing its forces to deter Russia and China, the 4,500-strong French contingent struggling to cope with terrorist insurgents will have to look for a replacement or face limitations to their operations.

French President Emmanuel Macron described the scenario of the US withdrawal as “very bad news” as he met with the country’s partners in the Sahel region. The situation will only be exacerbated by the unwillingness of other EU states to participate in the fight against terrorism on the continent, despite it being deemed as one of the primary sources of the terrorist threat in Europe. Trump, in turn, believes that the EU can take over American duties, once the country’s troops leave the continent.

Paris has been involved in operations against radical Islamists in Africa since 2012 after they invaded the Mali’s northern regions. French forces also operate in Mauritania, Burkina Faso, Niger, and Chad. But even with the help of US forces, France’s efforts have not been entirely successful. In a recent incident, the country lost 13 soldiers as a result of a helicopter collision that was pursuing radical Islamists in Mali in December.