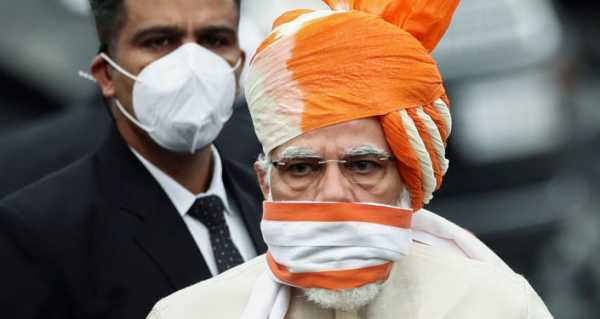 In April 2016, Narendra Modi’s government launched one of its ambitious schemes, Stand Up India. The scheme aimed to provide loans to untouchables, tribal people and women of the society to promote entrepreneurship at the grassroots level focusing on economic empowerment and job creation.

After five years of Stand-up India, the data revealed by the Modi government shows things aren’t quite on track with the scheme. The finance ministry report says that only 16,258 people of the Dalit (untouchable) caste have taken out loans in the past five years which is less than 12 percent of the total bank branches in the country.

All banks were told to ensure that every branch (130,000 in the country) must give two loans – one to a Dalit or Adivasi (tribals) and one to a woman – to help them set up a new business enterprise.

According to the government’s website, the goal of Stand-up India is to enable bank loans to youths who are Dalit (untouchable caste) or Adivasi (tribals) and women— to help them start new businesses.

The loan is repayable over seven years at the lowest applicable interest rate.

India’s Finance Ministry has also confirmed that 81 percent of the scheme’s beneficiaries are women.

However, the opposition leaders and social activists claimed that the scheme has had a lacklustre response from the people and only benefited upper-class women of society.

Udit Raj, a prominent Dalit leader who had resigned from Bharatiya Janata Party (BJP) in 2019, said that he had been personally involved in setting up the scheme. “But, things at the ground are way different,” Raj told Sputnik.

Private and government data reveal that one’s caste plays an important role in India’s economic mobility. People of the Dalit community – around 17 percent of the country’s population – would not be able to make it onto the Forbes list of Indian billionaires to date. The country’s most reliable data provided by NSSO surveys suggest that Dalits typically face greater barriers in establishing their own business units in the country.

Social discrimination is also hindering the entry of Dalit in certain businesses such as food and drink which is an indication of the presence of untouchability within the Indian society, the NSSO survey found.

“Indirectly, bank officers impose so many restrictions that it’s almost impossible to get a loan under the scheme,” Raj said while stressing that only $545 million has been disbursed to the oppressed class so far.

“This number is like a drop in the ocean,” he said.

“At this speed, nothing is going to help. The government will never be able to achieve its target,” Raj added.