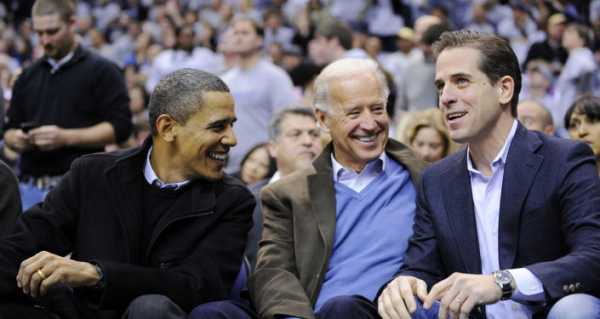 WASHINGTON (Sputnik) – The FBI is in possession of a laptop reported to belong to Hunter Biden that allegedly contains controversial emails regarding his overseas business dealings. The agency reportedly does not believe the emails are tied to a Russian disinformation campaign, FOX News reported on Tuesday.

On Tuesday, FOX News reported, citing sources, that the Federal Bureau of Investigation (FBI) was in possession of a laptop alleged to belong to Hunter Biden in which emails purportedly containing information on his overseas business dealings and on a purported meeting between his father Joe Biden, the Democratic presidential contender, and representatives of Ukrainian gas firm, Burisma Holdings.

According to the report, the FBI has agreed with the John Ratcliffe, the US Director of National Intelligence, that the emails are not part of a Russian disinformation campaign.

On Wednesday, the New York Post published an article containing two alleged emails that Hunter Biden had purportedly received from a top official at Ukrainian energy company Burisma, while he was on the board of the firm.

In a May 2014 email, Burisma board adviser Vadym Pozharskyi asked Hunter Biden to “use [his] influence” to politically support the Ukrainian company. In another email, dated April 2015, he thanked the younger Biden for arranging a meeting with his father.

The alleged emails were reportedly sourced from the hard drive of a damaged laptop said to belong to Hunter Biden that was dropped off for repairs at a shop in his home state of Delaware. If proven to be authentic, they would challenge Joe Biden’s campaign assertions that he had never had anything to do with his son’s business dealings.

The campaign team of Democratic candidate Joe Biden has firmly denied the allegations.