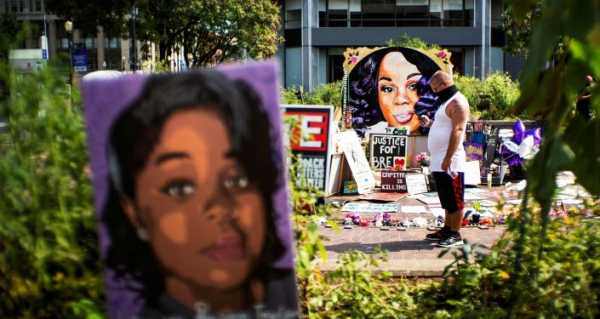 A Kentucky judge has permitted grand jurors in the Breonna Taylor case to speak publicly about the grand jury’s proceedings that led to charges against one of the officers involved in her March killing. The move comes after the release of redacted recordings prompting further speculation on the handling of the case by the state’s attorney general.

Jefferson Circuit Court Judge Annie O’Connell announced in a Tuesday court filing that grand jurors in the case related to Taylor’s killing by police “may disclose such information, subject to the trial court’s order regarding information to be redacted.”

Hankison was later fired by the department.

A bullet fired by Cosgrove has been identified as the one which killed Taylor in minutes after striking her pulmonary artery, which connects the heart and lungs. However, the bullet that reportedly struck Mattingly has not been linked to a police firearm or one belonging to Kenneth Walker, Taylor’s boyfriend.

However, the only charges levied by the grand jury were reckless endangerment by Hankison for the bullets that missed Taylor – the 26-year-old’s killing was deemed justified.

While Cameron lacked the mandated eight years of experience practicing law, he did have connections after serving as legal counsel for Senate Majority Leader Mitch McConnell (R-KY) for over two years. He was also endorsed by US President Donald Trump, as well as the Kentucky Fraternal Order of Police.