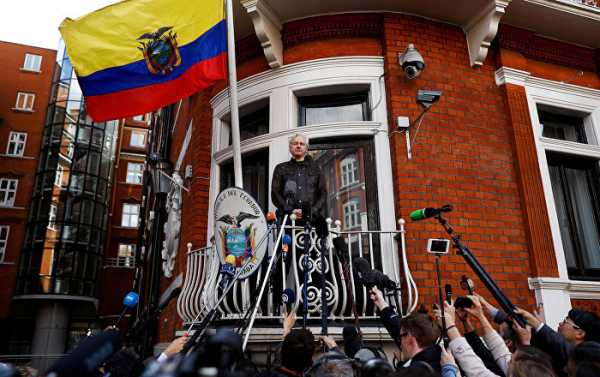 MOSCOW (Sputnik) – The government of Ecuador will continue providing international protection for WikiLeaks founder Julian Assange as long as his life may be in danger, the Ecuadorean Foreign Ministry said on Tuesday.

“The Ministry of Foreign Affairs and Human Mobility informs that the Government of Ecuador will maintain international protection for the citizen, Julian Assange, as long as the danger to his life persists,” the statement said.

The Westminster Magistrates’ Court upheld on Tuesday an arrest warrant against Assange. Senior District Judge Emma Arbuthnot said in a statement that she saw no reasons to cancel the arrest warrant as Assange in 2012 had breached his bail conditions and refused to appear in the court. The next court hearing is slated for February 13.

“The Government [of Ecuador] also, reiterates that it maintains the best relations with the United Kingdom and that efforts will be maintained to find a satisfactory solution for the two countries and respectful of human rights,” the ministry added.

In 2010, Sweden began an investigation into rape allegedly committed by Assange. Since being granted political asylum by Ecuador in 2012, Assange has been living in the Ecuadorian embassy in London since then. Recently, the doctors who examined the wistleblower, reported that the founder of WikiLeaks has been dangerously affected by his confinement to the Ecuadorian embassy.

In May 2017, Swedish prosecutors confirmed that rape charges against Assange had been dropped following a seven-year investigation, but the UK police said it would still have to arrest Assange if he stepped out of the embassy.

The UK warrant was issued in 2012, after Assange was granted political asylum by the Ecuadorian authorities, thereby breaching his bail conditions. Assange fears that he might be extradited to the United States over his whistleblowing organization’s exposure of classified documents.