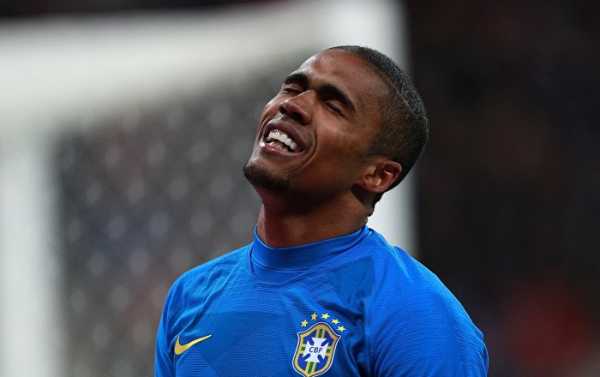 During the championship parade, Costa was broadcasting live on his Instagram when he noticed a poster of a tombstone that was being carried by some of the club’s fans.

He made a video showing a depiction of the fan’s procession, which looked like they were carrying Insigne’s headstone for burial.

The members of the Napoli club reacted negatively to the offensive joke, expressing their indignation on Twitter.

​“We are truly outraged by the shameful and insulting attitude of some players of Juventus. This is a serious gesture that offends the dignity of the people and Neapolitan’s Insigne. This is unacceptable,” the club said in a statement.

Lorenzo Insigne is an Italian professional footballer who plays as a forward or attacking midfielder for Napoli and the Italy national team.

He has been playing for the Napoli club since 2009. This season, the striker played 36 games for the team and scored eight goals.

Douglas Costa moved to Juventus in the summer of 2017.

The Juventus club became the champion of Italy in the season 2017/18, gaining 95 points. Napoli, with 88 points, came in second place.