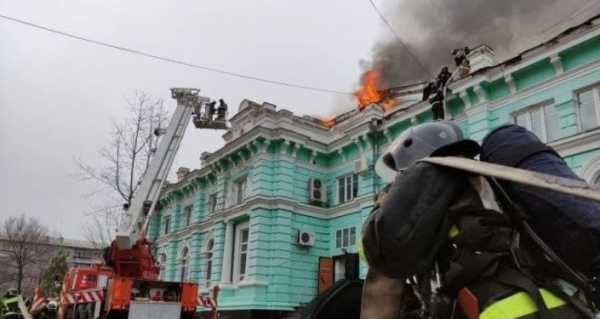 Upon the successful completion of the surgery, the patient and the doctors were safely evacuated from the building.

Surgeons at a cardiac surgery clinic in the Russian city of Blagoveshchensk continued to operate on a patient even when it became apparent that the roof of the building they were in was on fire.

A video, recorded by one of the doctors in the operating room during the incident on 2 April, shows the medical personnel performing their duties, while firefighters outside struggle to extinguish the blaze.

Commenting on the situation on Instagram, the doctor remarked that none of the team deserted their post.

He also mentioned that the doctors continued with the surgery even when the power went out.

According to local media reports, the surgery was a success, and when it was done, the patient and the doctors were safely evacuated from the building.