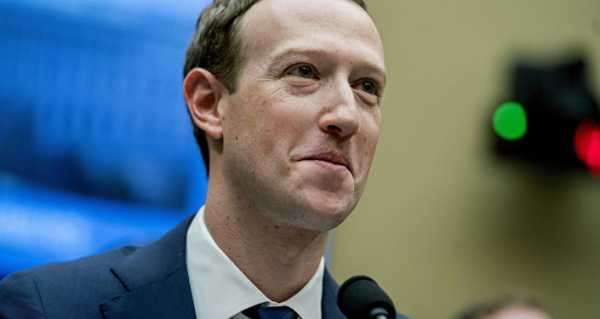 Mark Zuckerberg makes no secret about his Jewish heritage. In 2017 he said he often sings a “Mi Shebeirach” prayer to his daughter – “As a Jew, my parents taught me that we must stand up against attacks on all communities.”

​Zuckerberg’s photo was a response to comments he received from popular Facebook group “Dogspotting Society” after he posted about a new Facebook feature. “Admins can collaborate with group experts to host Q&A, share perspectives, and respond to questions,” he wrote.

He also uploaded other images of dogs sporting human clothing.

​The post has been flooded with comments, a large number of these pushing a pro-Palestinian message even though the photo lacked any connection to Israel.

Zuckerberg was also slammed by many for dressing up the animal in human clothes. “You need to respect dogs. They are not for your entertainment. They are family. Not for dressing up and amusement,” read one comment.” I hate that people abuse their fur babies for ‘amusement’. Just lame and insipid,”read another.