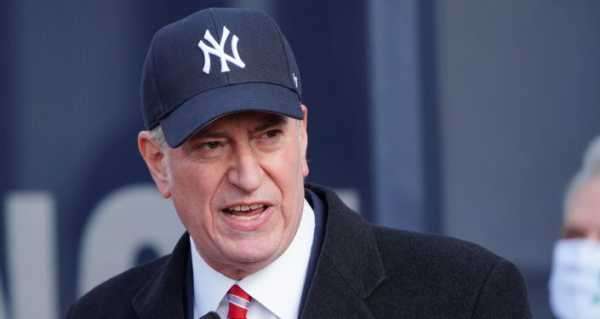 After an aide for NY state Governor Andrew Cuomo earlier in the week admitted that the administration had concealed the actual numbers of seniors who died of the coronavirus in state-run nursing homes, an intense backlash followed, with calls for Cuomo to be impeached.

NYC Mayor Bill de Blasio on Saturday called for “full accounting” for New York state Governor Andrew Cuomo following an alleged coverup of the true numbers of the elderly who died of the coronavirus in state-run nursing homes.

De Blasio’s call is one among many who urge the state administration to reveal details behind what is now seen by many as a massive coverup of data on coronavirus-related fatalities in state-run nursing homes.

According to a 75-page report by New York Attorney General Letitia James, the Cuomo administration concealed thousands of COVID deaths in nursing homes. The document suggests that, instead of 8,711 deaths reported as of late January, the number may be as high as 13,000.

A Cuomo aide, Melissa DeRosa, was reported to have discussed the findings with Democratic lawmakers, apologizing for the administration’s failure to provide data to the state’s health department and expressed sensitivity for the “political position” that this failure had placed her fellow lawmakers.

The allegations prompted calls for Cuomo to be impeached, even though DeRosa, following the reports, attempted to clarify her words.

Cuomo has not yet made any official remarks regarding the coverup allegations.

New York state was one of the hotspots of the first wave of the coronavirus pandemic in the US, having registered over 8700 new COVID cases as of 12 February. Around the US, over 27.5 million cases have been confirmed, with the death toll of at least 480,000.